A Thai boy who had come to seek admission to one of the local Schools in Kurseong died yesterday after he had fallen unconscious in his hotel room.

Two other boys from Bangkok, Archavapong Artaumbauy and Pakin Tsantsirametkakul, both aged 14, fell sick at the hotel in Kurseong in the morning and have been hospitalised.

Nine Thai nationals had come to Kurseong in a group. Among the nine, four were teenagers and the rest their family members and acquaintances.

Planrunphupha, the mother of the deceased boy, Koetsirikunwong Wingthawonsuk, 15, said: "I woke up in the morning and took a bath. I was sharing the room with my son and daughter. My son said he would take a bath. I went to the hotel's eating area to inquire about food and returned after some time."

"I found that my daughter had not yet taken bath and she told me that my son had not come out of the bathroom. It was quite some time and I started knocking on his door. There was no response. We opened the door and found my son lying unconscious on the floor and the shower was on. I pumped his chest," said the mother.

He was taken to Kurseong subdivisional hospital.

"After sometime, another boy who was in the lobby of the hotel, said he was feeling unwell and fell unconscious. We immediately rushed him to the hospital. He was accompanied by another boy and he, too, fell ill once we reached the hospital," said the hotel manager.

The group had checked into the hotel yesterday and was to check out tomorrow.

Police said the boy was declared brought-dead at the hospital. "An unnatural death case has been initiated and an inquiry started," said a police officer. 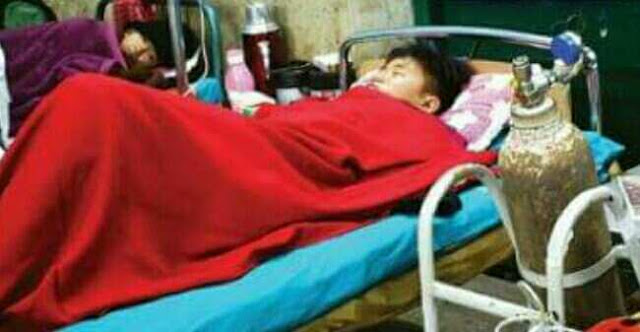