Leaders of hill voluntary teachers' organisation affiliated to the Gorkha Janmukti Morcha have been accused of quietly submitting their documents to the state government for regularisation of their jobs, leaving more than 180 members in the lurch.

The alleged action of the leaders prompted nearly half of the total 187 members with the Janmukti Insecure Teachers' Organisation to quit the outfit and the Morcha yesterday.

As the 187 teachers were not called for document verification, the Morcha alleged the government worked at the direction of the Trinamul-affiliated Secondary Temporary Teachers' Organisation.

Tara Kharel, the JISTO president of Pulbazar-Bijanbari circle, today said: "The documents of 187 teachers were not verified. We, therefore, decided to send five leaders to Calcutta to find out what was happening. However, we have come to know that five leaders who had gone to Calcutta submitted their documents. We are hurt by their action and in protest against their decision and have decided to resign from the JISTO and the Morcha."

Of the 187 teachers, 90 quit the Morcha and the JISTO. "The rest will take an appropriate decision soon," said Sugan Biswakarma, the president of the JISTO's Gorubathan-Bagracote zone.

The resignation comes at a time the West Bengal Central School Service Commission has started recommending to the managing committees of various schools to issue appointment letters to candidates whose documents were verified in February.

The GTA has already directed the managing committees not to acknowledge any such communication as education is a subject transferred to the hill body.

Sources said while some schools were acting as directed by the commission, others were following the GTA's order.

Kewal Pokhrel denied that he and the four other JISTO leaders had acted on the sly. "We went to Calcutta and met a host of leaders, including Partha Chatterjee (education minister). He was surprised that some teachers had not been called for verification. We were told that all should submit their documents and we immediately conveyed the same to all our members. Since we were in Calcutta, we submitted our documents and came to Darjeeling today to get other teachers' papers."

He added: "We also felt that if we immediately submitted the documents, the verification process for all the 187 teachers would start. We had no selfish motive." 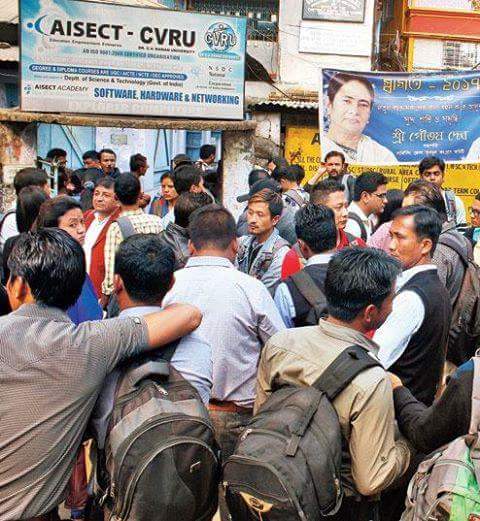