The administration in Jalpaiguri has started a new process to obtain driving licences, while the Alipurduar police have decided to impose fines ranging from Rs 150 to Rs 2000 on reckless drivers and suspend their licences up to one year.

Yesterday, Rachna Bhagat, the district magistrate of Jalpaiguri, inaugurated the computer test for an applicant to avail himself of the licence.

As of now, six applicants can appear for the test at a time in any office of the motor vehicles department.

"After obtaining the learner licence that would be valid for six months, the applicant will have to appear before the officials of the department during this period to show development in driving skills. If the officials feel satisfied, licence will be provided," the source added.

The idea is to develop knowledge of traffic rules and safe driving skills among the applicants, administrative sources said.

Avaru Ravindranath, the superintendent of police of Alipurduar, said: "We will now suspend licences of reckless drivers for a period of three months to one year, depending on severity of violation."

The district has received Rs 1.77 crore to improve traffic system from the state government, the SP said.

"We will introduce signal lights at 20 crossing in Alipurduar. We have received two breath analysers to find intoxicated drivers. We are also using laser speed guns to check the speed of vehicles. Driving by minors will be strictly stopped," he added. 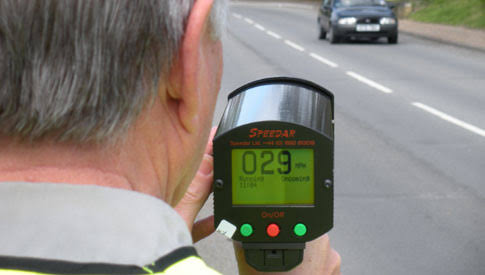 safetraining said…
Excellent post. I really enjoy reading and also appreciate your work. This concept is a good way to enhance knowledge. Keep sharing this kind of articles, Traffic Control Course Online Thank you.
31 March 2022 at 09:41

FastTrafficSchool4Less said…
I just need to say this is a well-informed article which you have shared here.fastest traffic school online It is an engaging and gainful article for us. Continue imparting this sort of info, Thanks to you.
9 April 2022 at 16:01

Drivingcheck said…
You are providing good knowledge. It is really helpful and factual information for us and everyone to increase knowledge.about Practical Driving Test Cancellation Checker Dsa. Continue sharing your data. Thank you.
16 April 2022 at 19:14

1stopautoreg said…
I admire this article for the well-researched content and excellent wording. Dmv services Hayward. I got so involved in this material that I couldn’t stop reading. I am impressed with your work and skill. Thank you so much.
23 April 2022 at 12:24

SP electronics said…
You have a genuine capacity to compose a substance that is useful for us. You have shared an amazing post about healtech quickshifter price.Much obliged to you for your endeavors in sharing such information with us.
27 April 2022 at 13:08