According to reports, more than 25 local men were rushed to local hospitals after they allegedly consumed toxic alcohol at some of the illegal pubs located in  Ghola Bazar and its adjoining Shibnagar areas under Baruipur and Canning police stations of West Bengal, respectively.

Till Tuesday morning, 11 of them died and over 15 others are being treated in serious conditions.

A government official said that few of the sick have been referred to a Kolkata hospital as their conditions deteriorated.

Police, however, have started investigation into the case and booked at least four local hooch dealers.

"We are carrying out raids in the areas to trace out hooch manufacturing and storage units and detained four locals, who are being interrogated now," a senior official of South 24 Parganas district police said.

Meanwhile, claiming that at least 14 people have been killed in the hooch tragedy and alleging that local administration did not take any step against the illegal pubs and hooch business, local people  staged a demonstration in the area and set the pubs on fire.

A heavy police force has been deployed to bring the situation under control and to prevent the situation from deteriorating further, reports said. 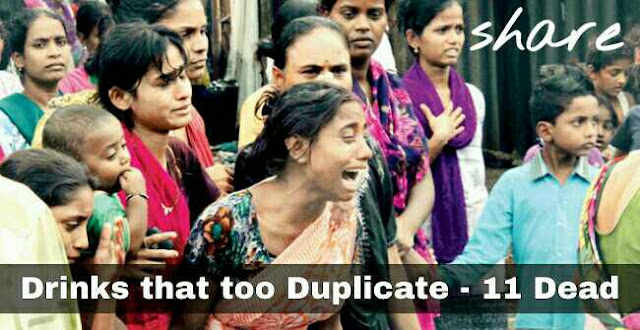