On the special ceremony held at the St. Joseph’s School on February 28, the North Point School offered its tribute to Late Joraj Dong and felicitated with Bravery Award.

Last winter vacation, on February 8, 2016, student of Class VIII, St. Joseph’s school, Joraj Dong, along with a group of young friends went for a fun trip in a stream near Siliguri, meanwhile, one of his friend was drowned while they were swimming, all the young children were unable to do anything and ran away except Joraj, he jumped into the water not even thinking about his life, he saved his drowned friend but lost his own.

Joraj, Young Brave Heart will always be remembered for your courage.

May your soul rest in Peace! 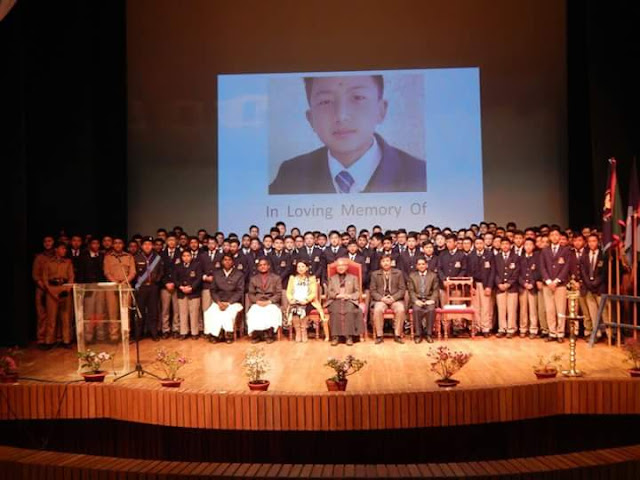