Sujoy Ghatak and three other Congress councillors supported the budget presented by the mayor on Saturday.

The Congress support has left Asok relieved and made him proclaim that the Left is not in "minority" at the civic board.

"We decided to support the budget in the interest of Siliguri residents. When we were at power, the Left and Trinamul councillors did not support our budget. The move had hit civic services and caused inconveniences to people. We didn't want to take the same stand and create problems for common people," Ghatak said after the budget was passed.

The budget was passed with 26 votes, of which 22 were from Left and four from the Congress. The remaining 18 councillors of Trinamul and two from the BJP did not support it.

"Even though Ghatak resigned from the post of the borough chairman to which he had been elected with the Left's support, he and his colleagues supported the budget. This proves an informal understanding still exists between the Congress and the left," an observer said.

Last Saturday, Asok had sent a letter to Ghatak seeking support after he had placed the budget of Rs 235.69 crore with a deficit of Rs 2.22 crore.

"Now that we have managed to pass the budget, it has been proved that we are not running a minority board. We got certain proposals from the Congress and we agreed to include those in the budget," Bhattacharya said.

Trinamul councillors at the SMC said the mayor had failed to provide even basic services to people and had come up with some unrealistic projects. "We condemn such political tactics. The Left board has miserably failed to deliver since its formation in May 2015. We will soon launch a movement over civic issues across the town," Ranjan Sarkar, a Trinamul leader, said.

It is interesting to note that the budget for Siliguri Municipal Corporation alone is close to the entire budget for GTA region... do give it a thought. 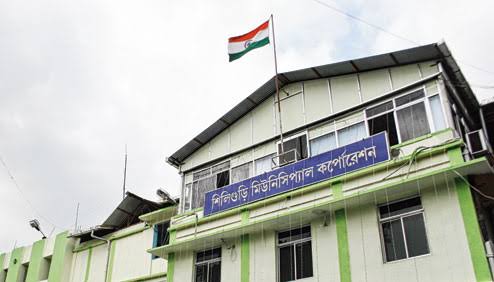