The project began in 2009 at an estimated cost of Rs.309.46 crore, but got delayed and faced cost overruns.

The new greenfield airport being constructed by the Airports Authority of India (AAI) in Pakyong, Sikkim will be operational by September this year.
This will be the first airport in the state, and is likely to be part of the Centre’s regional connectivity scheme, launched with a view to provide air connectivity to smaller towns and cities.

“By September 2017, the airport will be operationalised. The airport capacity will be suitable for the operation of ATR-72 type aircraft. It will be a domestic airport and the expected number of flights will depend both on the season as well as calls taken by the airlines. We are expecting general aviation flights for tourism purposes,” said an AAI official requesting anonymity.

Another AAI official said, “In addition to that, we are also expecting 2-4 scheduled flights, with direct flights from Kolkata and Guwahati. The flying time is likely to be 45 minutes to an hour as the airport is located at almost equal distance from both the cities.”

Asked which scheduled players could be expected to operate from the airport, the official did not reveal names, but said Jet Airways and Air India both have ATR aircraft. SpiceJet has aircraft similar to ATR. They will have to take a call.”
The project began in 2009 at an estimated cost of Rs.309.46 crore, but got delayed and faced cost overruns due to issues related to land acquisition. It was initially scheduled to be completed by 2012, but local protests had stalled work. In 2015, the work resumed after AAI and the Sikkim government signed a memorandum of understanding.

The delays have caused an increase in the cost of construction (almost double). The officials InfraCircle spoke to refused to give a revised estimate of the total cost of the project.

The airport will be of a huge help to people of Sikkim who now use the Bagdogra airport in West Bengal, 124km from the state capital, to avail air facilities.

Speaking on the development, aviation analyst Devesh Agarwal of Bangalore Aviation said, “An airport in Sikkim is always welcome, but restricting it for ATR operations only leaves out a lot of airlines that do not have ATR or similar aircraft in their fleet. Also, bigger jets could fly cargo in addition to passengers, increasing viability.” 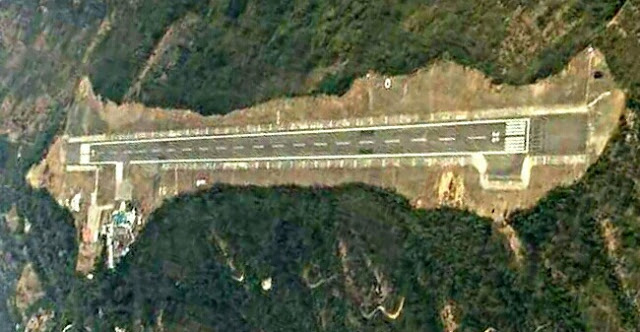