The President of newly formed political party 'Sikkim Republican Party' Mr. KB Rai has called 72 hours Sikkim Bandh from 02 to 4th March. He has said that all shops, schools and offices would be closed along with no movement of vehicles in entire State.

On the other side, Sikkim Democratic Front is preparing for grand Silver Jubilee celebrations of the party which is scheduled on 3rd and 4th March. 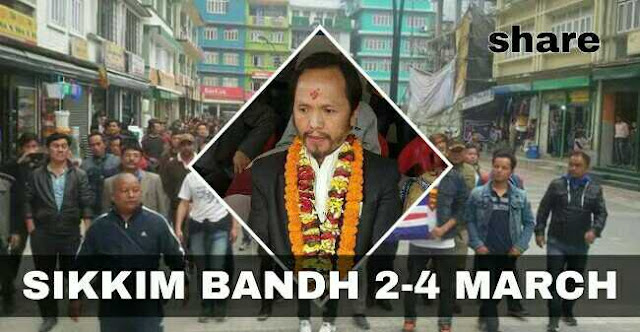