In an extremely shocking and hard to believe incident, a teacher of a Junior High School got pregnant by her 13-yr student.

24 years old Alexandria Vera admitted that she was in a physical relationship with the boy since September.

She started flirting with him during summer camp where she met him for the first time. As per the teacher, they were engaged with his family’s consent and they knew it all.

When the boy didn’t come to school, Alexandria shared her number with him on Instagram and it’s from there that the duo indulged in a relationship.

He asked her for hang out for which she easily agreed and then they almost daily used to indulge in the act of intercourse.

They had their first physical encounter when Alexandria went to drop him to his home and co-incidentally his family was not there and hence, they got a chance for it. After that, it used to happen almost every day.

After s*xually abusing the guy for long, she got pregnant but even after that, the duo didn’t stop and continued their relationship.

Just to inform, Alexandria was an English teacher in this Texas school and is now absconded. A non-bail warrant has been issued against the 8th class teacher and police is searching for her. 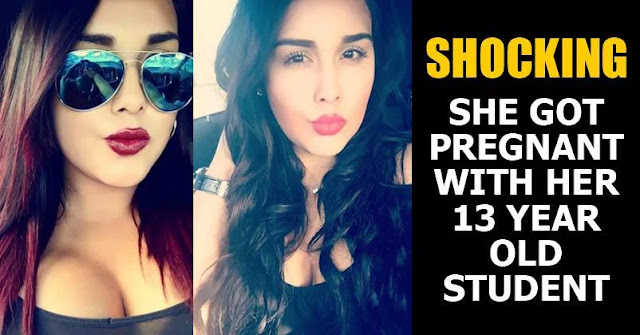