Tourism department project at Tiger Hill, Darjeeling could run into choppy waters with green groups lodging complaints against the project with the National Green Tribunal and with the Ministry of Environment, Forest and Climate Change, government of India. However, the West Bengal Tourism Department and Forest Department claim that the project has all necessary permissions and clearances. The West Bengal Tourism Development Corporation Limited has undertaken the project which includes 4 cottages, 20 double-bedded rooms and a 20-bedded dormitory at Tiger Hill, around 13 km from Darjeeling town. The project costs around Rs 40 crore.  The foundation stone of the project was laid in the first week of March by Gautam Deb, Tourism Minister, following which, construction work was started. Green groups along with the Gorkha Janmukti Morcha claim that the project is coming up in the Senchal Wildlife Sanctuary while the state government claims that the land classified as DI Fund land is under the state government.   A Darjeeling-based NGO wrote to Anil Mahadev Dave, Minister of State, Ministry of Environment, Forest and Climate Change, government of India seeking intervention to halt the project immediately. The NGO has alleged that as the project is being carried out in the wildlife sanctuary, it would adversely affect many endangered species of the fauna along with the flora.  Further, they have expressed concerns that the sewage and garbage from the project will contaminate the three lakes located  just below the project site. The three Sinchal lakes are the main sources of  potable water for Darjeeling and surrounding areas. "The upcoming project may lead to the denudation of precious forest cover, loss of valuable biodiversity and also contaminate the main source of drinking water supply to the Darjeeling town and surrounding areas.  We have therefore requested the Union Ministry and the Green Tribunal to immediately halt the project and save this biodiverse hotspot," stated Prabhat Pradhan, Secretary of the NGO. 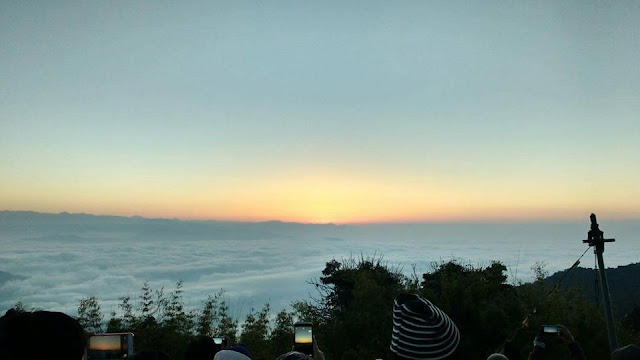