Plan to hold civic polls on May 14

The Bengal government has assented to the state election commission's tentative schedule of holding polls to seven municipalities, including four in the hills, on May 14.

According to the tentative schedule drawn up by the West Bengal State Election Commission, notification for polls to municipalities in Darjeeling, Kalimpong, Kurseong, Mirik (all in the hills), Raiganj (North Dinajpur), Domkal (Murshidabad) and Pujali (South 24 Paraganas) will be issued on April 17.

Yesterday, a joint secretary in the state municipal affairs and urban development department sent a letter to Osman Gani, the secretary of the state poll panel, saying the government had agreed to the schedule proposed by the election commission.

"I am directed to inform you that the state government has agreed to the tentative schedule proposed by the West Bengal State Election Commission for holding election to seven (7) urban local bodies..." reads the letter.

A senior government official said with the municipal affairs department agreeing to the schedule, it was up to the election commission to make the next move.

The election commission's tentative schedule says candidates could submit nomination from April 17 to 24. It also says the tentative date of voting is May 14 and the entire election process will be completed by May 19.

On March 1, the poll panel issued a notification, nominating district magistrates across the state as district municipal election officers of their respective districts.

The district magistrate of Darjeeling had already notified the reserved seats in the four hill municipalities.

The terms of previous boards at all municipalities, except the one at Domkal, had ended last year and they are being run by administrators now. Domkal municipality was set up in May, 2015, and is yet to face an election.

The Gorkha Janmukti Morcha that was at the helm of the four hill civic bodies had moved Calcutta High Court against the government and the poll panel for the delay in holding elections.

"It seems the state and the election commission have acted quickly after we filed a writ petition in the high court," a senior Morcha leader said.

The Raiganj municipality was ruled by the Congress. Mohit Sengupta, the former chairman of the municipality and the current Raiganj MLA, has been booked in a corruption case and he is untraceable now.

While Trinamul will rake up the corruption issue during the campaign, the Congress will say Mohit has been "victimised". In 2011, Trinamul and the Congress had contested as allies in Raiganj.

Raiganj is the only civic body in North Dinajpur district where Trinamul was not in power.

Pujali was run by Trinamul.

In 2011, the Morcha had won all seats of Darjeeling, Kurseong and Kalimpong and four of the nine wards in Mirik uncontested. Elections were held only in five wards of Mirik where dissident Morcha candidates had filed nominations. Those seats also went to the Morcha.

"Based on political trends, it seems there will be contest in all seats of four hill civic bodies," said an observer. 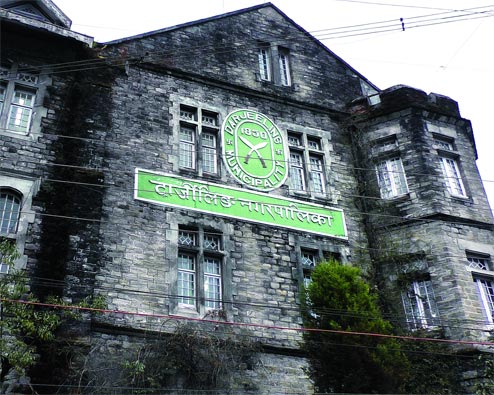