A Nepalese man was killed when Indian border guards allegedly opened fire following a dispute over the building of a culvert on Sano Khola river along the border with India, local residents said on Thursday.

The incident occurred in Kanchanpur district in the far west of Nepal. Kanchanpur bordersIndia’s Uttarakhand state.

Govinda Gautam, 20, of Punarbas municipality in Kanchanpur district, was hit by shots allegedly fired by Sashastra Seema Bal (SSB) personnel from Sampurnanagar outpost, local residents said. He died while being taken to hospital.

After Gautam’s death, hundreds of people demonstrated outside the hospital where his body was kept. Personnel from Nepal Police and Armed Police Force were deployed in the area to control the situation.

The SSB, which is under India’s home ministry, is responsible for guarding the India-Nepal border. There was no official word on the incident from the Indian side.

A dispute was triggered in the area after a border pillar went missing some time ago, and both sides have made claims and counter claims over some pieces of land in no-man’s land.

The Nepalese side was building the culvert in an area that is claimed by the Indian side. The situation became tense on Thursday after the SSB personnel, who were accompanied by residents of the Indian border town of Basahi, allegedly fired in the air.

The SSB personnel contended that digging for the culvert was being done in Indian territory.

Manohar Prasad Khanal, the chief district officer of Kanchanpur, told the local media that Nepalese nationals in the border area had been protesting since the morning after Indian authorities objected to the construction of the culvert.

Local residents also accused the SSB personnel of manhandling Nepalese citizens living in the border areas and shutting the border.

The construction of the culvert was started on Wednesday after an agreement was reached by the two sides following a dispute that lasted more than a month. 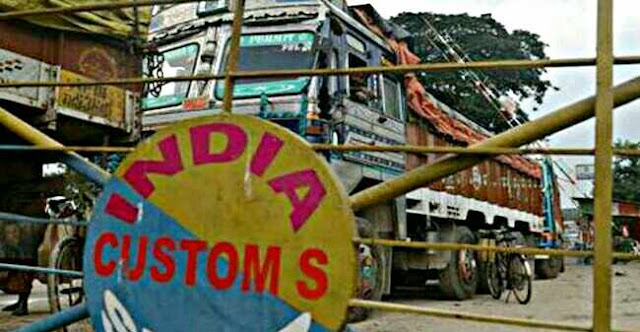