Rani (name changed), is a 25-year-old. She is also among the 200 odd sex workers living in the dark alleys of Budge Budge, a small town of South 24 Parganas district of West Bengal. The area is covered with old buildings spread across five by-lanes, most of which are in a dilapidated condition.

The area, at a 10 minutes walking distance from the local railway station, is surrounded by a vegetable market. Budge Budge is popularly known as the place where the Hindu evangelist, Swami Vivekananda, landed at the ferry ghat in 1887 after returning from his Chicago visit.

Rani came here when she was 20 years old. Life has not changed for better for her ever since.  “I was born in a lower middle class family and despite the financial constraints we had, my parents encouraged me to study. When I passed class XII, my parents wanted to get me married. I did not hesitate and the marriage became a nasty twist to my ordinary life,” said Rani with tears in her eyes.

“Marriage is supposed to be showered like blessings upon a woman, but for me it came like a shock. To my fate came my drunkard husband who claimed his rights when he needed sex,” murmured Rani.

“During the first few months of our marriage my husband behaved normally, but gradually his behaviour changed. About a year after, one fine day, my husband told me to get ready. He said we were going for dinner to a friend’s house. We reached there at around 8pm, though I don’t remember the date. There were many girls in that building. He took me to a room where a man and a woman were sitting,” said Rani.

She added, “After around 10 minutes her said he had forgotten to buy some sweets and it was bad manner to go to somebody’s house empty handed.” He told her to wait and went away but, he never returned. After waiting for around an hour when she tried to come out of the room, the woman obstructed her path and told her that she had bought her for two years.

As her eyes were filled with tears as she said, “I was forced to share my bed with many men. On refusing they used to beat me and tell me that if I tried to run away then they would beat me more. Finding no way out, gradually I started entertaining men with various nature and I became a prostitute.”

It’s been called the oldest profession in the world. No girl claims it as a goal in life, even though “the life” has claimed some of them. It is a big business with high demands. But human trafficking activists say it is an organized crime which needs to be combated together.

Initially Rani was in great demand and she had a large roster of clients. Later she fell in love with a man who also betrayed her. After five years in the trade, she recently bought a plot in a West Bengal village for ₹30,000. When asked about her income, she said, “The demonetization has badly affected the business. Customers often give banned notes.”

About her future dreams, Rani says, “I have had so many dreams broken that there are none left. I want to live alone with my money as my companion.” 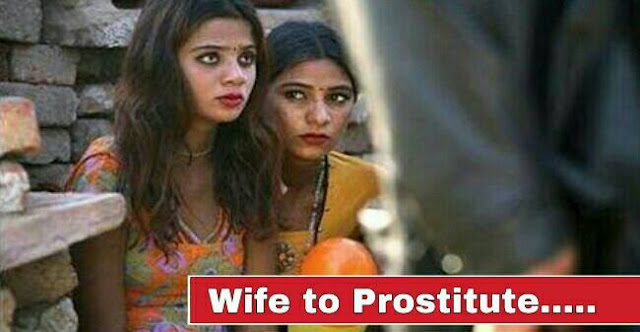