Mother, Father and Son Give 12 Exams - Years Ago Had Left Studies Due to Poverty

Years ago, they had walked into a school along with their son as students. Years later, they moved a step closer to their dream of becoming graduates.

Balaram Mondal, a 47-year-old farm labourer from Nadia's Hanskhali and his wife Kalyani, 35, wrote their Bengali higher secondary paper today along with their son Biplab. All three are students of Hazrapur High School in Dhantala.

Decades after being forced to give up education because of financial difficulties and toiling in other people's fields, Balaram and Kalyani had appeared for Madhyamik in 2013 and 2014.

The couple yesterday entered the exam venue with their son and wrote their paper with ease, amid furtive glances from invigilators and other candidates because of their age.

"We are very happy, all of us performed well today. The questions were quite easy and we expect good marks," said Balaram, who was compelled to discontinue studies at Class IX because of poverty. His wife had dropped out at Class VIII.

After passing Madhyamik, Balaram and Kalyani had appealed to the Hazrapur High School authorities to admit all three of them as regular candidates for higher secondary, which the school agreed to do.

Balaram conceded that the time devoted to studies had initially robbed him of the hours he spent in the field, affecting their monthly income of Rs 3,500. But the couple have remained resolute in the face of adversity.

"We woke up at 4am daily and studied for an hour. At 6am, I went to the fields to work till 9.30am, while my wife took care of the household chores. After that, all three of us went to school together," said Balaram, who would return to the fields after school, around 5pm. "After this, we will all be graduates in a few years." 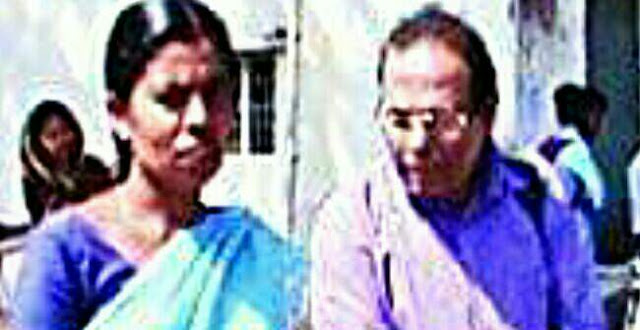