Mirik to be declared sub-division this month

Mirik block in the Darjeeling district is all set to be upgraded into a sub-division and Chief Minister Mamata Banerjee will be making this announcement within this month. The move comes on the heels of Kalimpong being upgraded into a district. While announcing the formation of Kalimpong district on February 14, Banerjee had stated that Mirik would soon be declared as a sub-division. "I will visit the Darjeeling Hills again in March to announce the formation of the Mirik sub-division" the CM had stated. The West Bengal Cabinet had given its nod to the creation of Kalimpong district and Mirik sub-division on December 18, 2015. Mirik block in the Kurseong sub-division has an area of 119.30 sq km with a population of 46,374 as per the 2011 census. With the Trinamool Congress is on an aggressive expansion drive in the Hills, the creation of the Kalimpong district and Mirik sub-division will definitely emerge as a major advantage for this political outfit, feel political observers. The four Hill Municipalities, Gorkhaland Territorial Administration and the Panchayats are scheduled to go to polls this year. The TMC, under the leadership of TMC state general secretary and observer for Darjeeling and Kalimpong, Aroop Biswas has already set its election machinery rolling for the Hill Municipal elections. Biswas on a three-day tour of the Hills visited Kurseong, Darjeeling and Mirik. Addressing party supporters in Mirik on Tuesday, Biswas, who is also the West Bengal PWD Minister stated: "Your Chief Minister Mamata Banerjee will definitely fulfill your wish. She will announce Mirik a sub-division within this month." When asked by mediapersons on the date for the announcement of the Mirik sub-division, Biswas stated: "It is a government programme and they (the government) will make the announcement." However, party sources claim that the CM is scheduled to reach Siliguri on March 28. On March 29, she will be attending programmes in Siliguri and on March 30, she could visit Mirik to announce the formation of the Mirik sub-division. As per the tentative schedule of the State Election Commission, the Hill Municipal election process is to be completed by May 19. The polling is to take place on May 14 tentatively. The election notification could take place on April 17. The model code of conduct would come into effect with the election notification. In that case, the CM will announce the formation of the Mirik sub-division prior to the clamping of the model code of conduct, opine political pundits. Armed with the agenda of development, Biswas and the TMC have been appealing to the Hill populace to vote them to power in the four Hill Municipalities (Darjeeling, Kalimpong, Kurseong and Mirik). The TMC's organisational programmes in Kurseong, Darjeeling and Mirik have been a witness to people crossing over from other political parties to the TMC. "They (read the Gorkha Janmukti Morcha run-GTA) has done nothing. The state government has pumped in thousand crores of rupees. Where has the money gone? There is absolutely no development in the Hills. Give us a chance and we will show you what development is," stated Biswas. In his address in Mirik, Biswas alleged that the people of Mirik are being deprived of even the basic amenities like drinking water and sewerage system. "Once upon a time, Mirik was a world famous tourist destination. They have even destroyed the Mirik Lake which is the main attraction. Elect us and we will reinstate the past glory of Mirik. We will promote tourism, generate employment, solve the drinking water and sewerage problems and ensure all round development," assured Biswas. 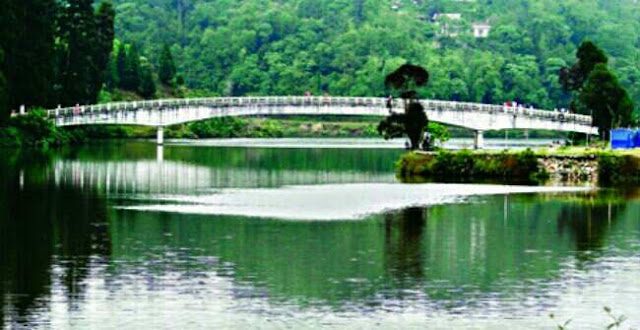