Steps : A minor girl from a Tea Garden of  Dooars (under Mal P.S.) was working in Gangtok since 2 years.

On 14th Feb 2017 her parents came to our office and ask for help to rescue her from the suspected area.

We contact to an NGO of Sikkim, who jointly work with us by named Subhalaxmi Social Welfare Organisation. They succeed to recover her from Gangtok.

After communicate with her we come to know that she doesnt want to go with her parents. She wants to stay in gangtok where she was staying before.

On dated 28feb 2017 ,we handover the child to Mal P.S. for her shelter and care through C.W.C.,Jalpaiguri.

Specially thanx to Mr.Lalita lama (SLSO) NGO and the OC of Mal P.S for their kind help and support. 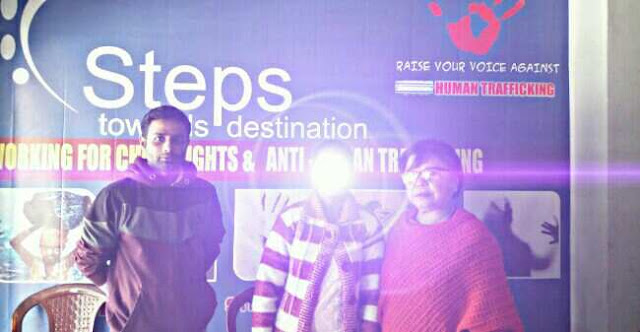