Fake green plastic peas were found in China in 2005, and its still produced in various parts of the world today. These fake peas were created with snow peas, soy beans, along with green dye and sodium metabisulfite (a chemical that is used as a bleach and as a preservative). This dye is banned to use on produce because it may cause cancer, as well as inhibit the body’s natural ability to absorb calcium. These green peas also didn’t soften when boiled and the water turned an unnatural green color.

This earlier came into news when several videos went viral on social media showing various food items being manufactured in China with the help of plastic and chemicals, like cabbage, rice, etc. 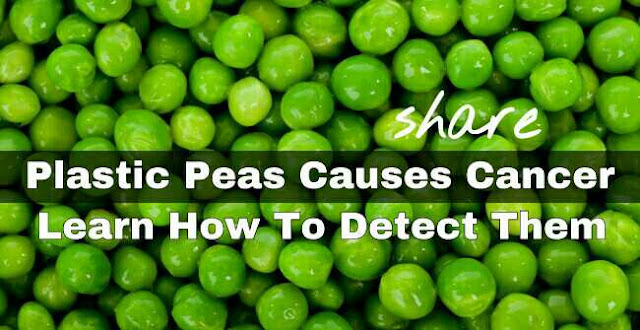