Bharat Chhetri aka Badal Chettri broke the rare trust that exist between a Guru and a Sisya, and sullied the most noble profession on earth - that of a Teacher...

The case in which Bharat Chhetri was convicted, relates to him sexually assaulting a 15 year old orphan child at his house on November 15, 2014 where she used to take tuition from him.

Bharat Chhetri, later used the alias Badal, and even made a movie called Bhagya Vidata (Destiny Maker) was yesterday convicted under the Protection of Children from Sexual Offences (Pocso) Act, 2012.

Pranay Rai, the public prosecutor, said: "Bharat Chhetri, who had also directed a film Bhagya Vidata (Destiny Maker) has been sentenced to five years' rigorous imprisonment and asked to pay a fine of Rs 10,000, failing which the term will be extended for six more months."

According to Rai, Chhetri used to run an NGO, A-1, from the Red Cross building in Darjeeling. "The NGO basically provided free tuitions to students from poor families," he said.

On November 15, 2014, Chhetri had allegedly called the aunt of the 15-year-old victim, who was studying in Class VIII then, around 12.30pm and asked her to send the girl for tuitions.

"The girl reached the NGO office alone. However, two other girls had also come for the class. After the tuition got over, those two were asked to leave the room," said Rai.

Chhetri then locked the door from inside and tried to molest the 15-year-old girl. "The girl protested and spat on Chhetri's face. He retaliated by slapping her four times," said Rai.

The girl then somehow managed to run out of the room, and complained about the incident to her aunt, with whom she used to live.

"After much deliberation we decided to publish the face of Bharat Chettri who is accused of sexually assaulting a 15 year old orphan.

Bharat who is the Director of A-One Educational Welfare Society based in Darjeeling, was arrested on on charges of molesting a Class 7 student, as we had reported earlier.

Then we did not know the entire story, now we do and it disgusts us. We feel that everyone should know who this alleged child sexual predator is so that they can keep their children safe.

The victim is an orphan and lives with her aunt. This man Bharat Chettri called up the aunt of the victim on her cell phone asking her to send her niece for coaching classes immediately.

The aunt sent her niece for tuition. The little girl returned home at around 6pm. Seeing her aunt, the victim broke down stating that Chettri had beaten her up and molested her.

Confiding in her aunt, the victim alleged that after sending other students out to play, the accused had locked the door and assaulted her. When she started crying, he let her out. The victim ran out and narrated the incident to her close friend. The victim then complained to “Sunila Miss,” a teacher at the society, who failed to take any action.

The victim is in acute trauma.

After seeing the condition of the child, her aunt lodged an FIR, and the police arrested Chettri.

Bharat Chetti has been charged under Sections 8 and 12 of the Protection of Child from Sexual Offences Act and other sections of the Indian Penal Code, Chettri was produced in a special court in Darjeeling.

He has been remanded in judicial custody for 14 days

Imagine the trauma the child is going through...

We ask God to grant her strength in this tragic time.... Please do keep her in your prayers!!"

It is apt that today is Women's Day and this disgusting child sexual predator is behind the bars...

We thank the following for their relentless pursual of the case...

We also THANK Marg Ngo Darjeeling and Darjeeling NGO Network, especially Mr. Samuel Thomas who had helped in organizing rallies in support of the victim... 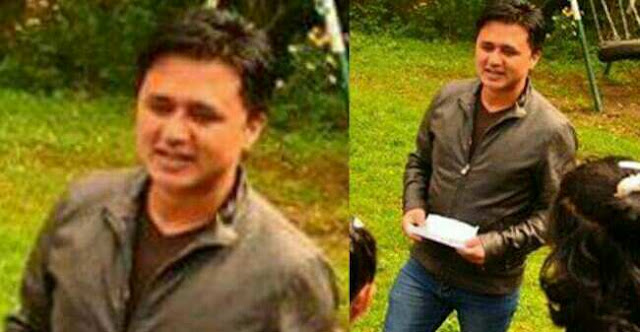