The ace cricketer's selection as the face of the cleanliness drive is little surprising for sports enthusiasts in the town as Bhattacharya is known to have good relations with former Indian skipper Sourav Ganguly.

The campaign will be launched on April 10.

"The mayor had brought Ganguly to Siliguri for various events. Even recently, the former cricketer had visited the mayor's home. It is surprising that Bhattacharya has chosen Wriddhiman over Sourav for the campaign," a sports enthusiast of Siliguri said.

The mayor said: "We have decided to start a cleanliness drive across Siliguri and Wriddhiman Saha will be our ambassador for the drive. He is an iconic face of the town because of his consistent performance in the Indian cricket team."

"The campaign's slogan says Swachha Ami, Swachha Tumi, Swachha Siliguri, (I'm clean, you're clean and clean Siliguri). It will be a three-month-long drive and will be initiated through a civic convention at Dinabandhu Mancha here on April 10. We will publish several posters and banners, which will carry Wriddhiman's photo, along with a message from him. The posters and banners will be circulated across Siliguri," Bhattacharya said.

Sources said Wriddhiman's message for the residents would beE Sahor Apnar O Amar O (This is your city as well as mine) and would be circulated through different media platforms to make Siliguri residents aware of the drive.

Since April 2015, when Bhattacharya assumed the mayor's office and the Left Front formed the civic board, they have been criticised by other political parties and by local people in general for failing to keep Siliguri clean.

During the budget meeting a couple of days back, the opposition had raised the issue and demanded Bhattacharya's resignation for his alleged failure to provide basic civic services to residents.

Mukul Sengupta, the member mayor-in-council (conservancy), said: "As the monsoon is drawing near, we want to prevent the outbreak of any vector-borne disease in all 47 wards of the SMC. This is another reason that we are launching the campaign now and want people to help us keep the town clean."

During the campaign, SMC sources said a number of events would be organised by the civic body.

The mayor today accepted the resignation of Congress councillor Sujoy Ghatak as the borough chairman.

On January 1, Ghatak had alleged bias over allocation of funds in different wards and had stepped down from the post of borough chairman. Since then, the post has been vacant but the mayor had not accepted his resignation.

On March 15, Trinamul councillors had said if the civic body did not take a decision by March 31, they would launch a movement as there was no chairman in the borough (cluster of wards).

"I have accepted Ghatak's resignation. It will be in effect from tomorrow. Also, we will hold a fresh election to the post on April 11," the mayor said. 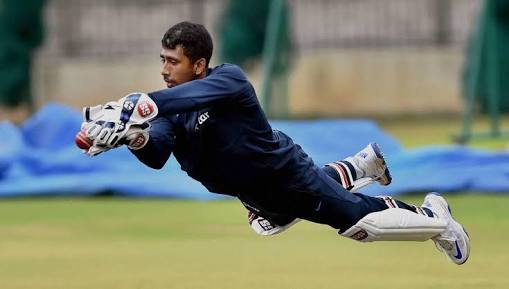