The CBI yesterday arrested the chairman-cum-managing director of the Prayag Group and his son in connection with its probe into illegal fund-mobilising companies other than Saradha.

The arrests of Basudeb Bagchi and his son Avik is the first such move since the CBI picked up Trinamul leaders Sudip Bandyopadhyay and Tapas Paul earlier this year in connection with the Rose Valley case.

The arrests yesterday triggered renewed apprehension among several Trinamul leaders in the aftermath of the BJP's thumping victory in Uttar Pradesh that the central agency might try to reach politicians who had allegedly facilitated Prayag's growth over the last few years.

In her first appearance since the Assembly poll results, Mamata Banerjee had yesterday adopted a relatively mellow approach and advocated an "atmosphere of mutual understanding" between the Centre and the state.

CBI officers yesterday said Prayag, established in 2002, had collected around Rs 2,862 crore by promising high returns to its investors in violation of SEBI guidelines.

"There was some evidence against them. So, we arrested the two," an officer said.

Bagchi and Avik were summoned to the CBI's office in Calcutta yesterday morning and arrested after several hours of questioning. Sources said they were charged with cheating and criminal misappropriation of public funds.

Avik is one of the directors of the group, which was set up by his father and gradually diversified into real estate, hotels, resorts, food processing and cements.

The company created ripples in 2012 when it launched Prayag Film City, a one-stop destination for filmmakers spread over 2,700 acres at Chandrakona in West Midnapore.

Calcutta police had raided several offices of Prayag in May 2013 after some land department officials realised that the company had allegedly encroached upon nearly 360 acres of government land for its film city project.

"This (the encroachment) could not have been overlooked by the district administration and at the block level without the backing of political leaders," an officer said. "We will have to get more details."

The arrests prompted several Trinamul leaders to speculate the CBI's next move. Sources in the agency said a senior minister was supposed to participate in the inauguration of Prayag Film City in 2012 and an aide of the chief minister is also believed to be close to the group.

"We are not sure what the CBI will do. Most of us are now wondering who would be called next," said a south Calcutta Trinamul leader. 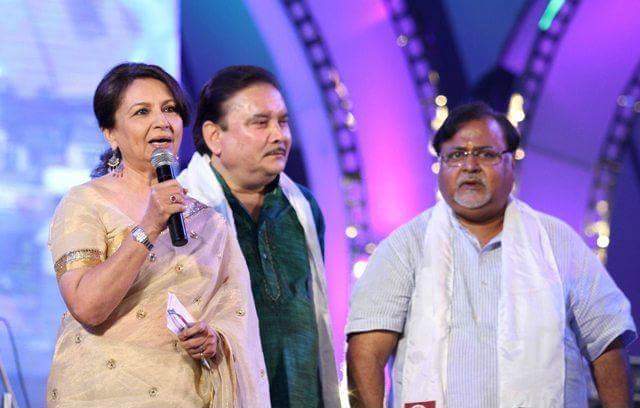