According to reports, during routine checks, RPF personnel spotted an unclaimed bag at platform number 8 of Howrah railway station and found those unfinished pistols inside it.

Later, those pistols were handed over to the Government Railway Police (GRP).

"We have started investigation into the case and are examining CCTV footage of platform 8," a GRP official said.

However, none has been detained in connection with the case so far. 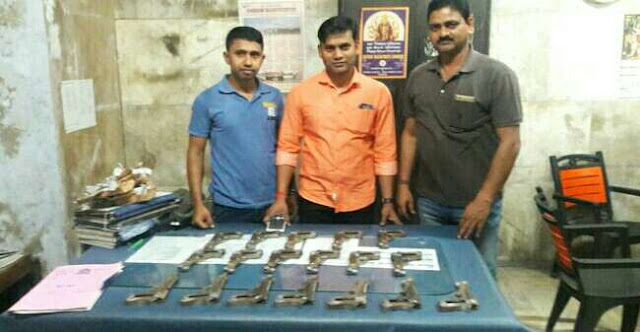 Laura Bush said…
I admire this article for the well-researched content and excellent wording.Firearm And Safety Training Course. I got so involved in this material that I couldn’t stop reading. I am impressed with your work and skill. Thank you so much.
3 March 2021 at 14:30