The father of a 15-year-old Thai student who was found dead at a hotel in Kurseong's Cochrane Place Hotel wants to file a lawsuit against the hotel's owner.

"I understand what happened to my son was an accident, but I still want to see better safety standards at hotels because there are thousands of Thai students studying at schools at hill stations near Darjeeling," Sittichai Koetsirikunwong, 42, told the Bangkok Post.

He demanded the owner of Cochrane Place, a hotel in Kurseong town where his son was found dead, take more responsibility. Mr Sittichai's only son, Chinbunchorn Koetsirikunwong, was in Kurseong to seek admission to Himali Boarding School, which is located in the Eastern Himalayas, 30 kilometres away from Darjeeling.

On March 8, a group of five Thai youngsters and some of their parents were in a hurry to get to the school for admission procedures when the woman who had been caring for Chinbunchorn, or "Nong Best", found him in the bathroom, Mr Sittichai said.

"She found him lying on the floor unconscious while the shower was still running. She and another Thai child's father performed CPR on my son. They smelled gas on his body," Mr Sittichai said, believing LPG intoxication in the bathroom might have caused his son's death. The tragedy occurred one day after the group arrived.

Kattip Yingthawornsuk, 36, Chinbunchorn's mother, visited the Indian embassy in Bangkok Tuesday. She said Indian officials told the family the embassy would appoint a lawyer to represent them once the autopsy results in India are revealed.

A hospital in India performed the autopsy before the body was returned to Thailand, where another autopsy was performed. The results from the Indian autopsy could take a month to be finalised.

The father is also planning to fly to India to file a complaint against the hotel owner with local police in West Bengal, he said. Mr Sittichai said his son's body was cremated in Thailand on Saturday. The Thai autopsy was performed at the Police General Hospital in Bangkok. The Bangkok Post tried to reach the hotel's owner, Rita Arora, for comment, but has not received a response.

A source at the Indian embassy in Bangkok, who asked not to be named, said local police cited food poisoning as the cause of Chinbunchorn's death.

However, two of Chinbunchorn's Thai friends were also found unconscious lying in beds in an adjacent room. Both of them, aged 14, survived and returned to Thailand on March 13.

"This could happen to any Thai student in Darjeeling or their parents one day if local authorities do not fix the problem," Mr Sittichai said.

Meanwhile, Cochrane Place was closed on Friday after another person died in the same hotel. The body of an Indian driver was discovered in the hotel, nearly three weeks after the Thai student was found dead. The Indian national had also gone to the washroom, felt breathless and passed away.

On Sunday, India's Millennium Post reported the cause of the deaths could be the LPG gas-powered water heater.

"All the heaters present in the washrooms of the hotel's 31 rooms are connected to a central LPG heating system," the newspaper quoted Nigel Chowdhury, the operational head of the hotel, as saying.

"The rooms in which the deaths occurred have been sealed by police and the hotel shut down" pending an inspection, the newspaper said, quoting Amit P Javalgi, superintendent of police, Darjeeling. 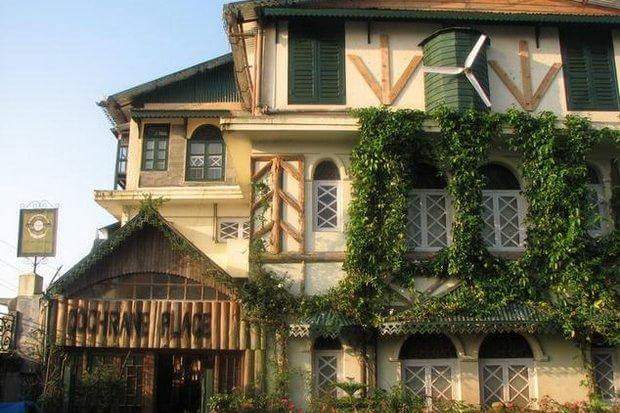