Government Will Keep Peace in the Hills - CM

Mamata Banerjee yesterday said the state government would ensure that peace and democracy prevailed across the Darjeeling hills ahead of and during different elections slated to be held in the region over the next six months.

"Civic polls will be held in the hills soon. Panchayat and GTA elections will also be conducted this year. There is peace in the hills now and we want the entire election process to be carried out in a democratic manner. People in the hills want peace and development. It is our responsibility to ensure that peace and a complete democratic environment persist in the hills," the Bengal chief minister said at Pintail Village here yesterday afternoon.

Mamata was speaking to the media after attending a meeting to review the administrative matters pertaining to Darjeeling and Kalimpong districts.

While polls to four hill municipalities - Darjeeling, Kalimpong, Kurseong and Mirik - are scheduled for May, panchayat elections have been due for many years. Elections to the GTA Sabha are also to be held in a few months.

The Trinamul Congress aims at dislodging the Gorkha Janmukti Morcha from power in the hills. Mamata has adopted a dual strategy to secure Trinamul's win in the hills.

On one hand, she is carrying out an array of projects to drive home the point that the government is serious about the welfare of people in the hills and formed a number of development boards to win support of hill communities.

On the other hand, Trinamul leaders, both at the hill and state levels, have succeeded in inducting into its fold workers and leaders of the Morcha.

Besides, Mamata is maintaining cordial relations with other hill parties like the ABGL and GNLF so that electoral alliances could be stitched together.

Asked whether the government would intensify policing in the hills ahead of the polls, the chief minister said: "If there is any proposal from the police in this regard, the state will surely consider it. We have already deployed additional police forces after the formation of Kalimpong district and will create a new police station in the Lava-Loleygaon area. While we think of law and order in the hills, a number of factors like isolated areas and international borders need to be taken into account."

Mamata has passed specific instructions to the police chiefs of both Darjeeling and Kalimpong districts to keep law and order during the civic polls, sources said.

"They have been asked to keep tabs on prospective trouble makers and people with criminal records. The chief minister has clearly told them not to show leniency when it comes to law and order," a source said.

The chief minister reviewed the implementation of different social welfare schemes in both the districts.

"It has been decided to set up a number of power sub-stations, both in the hills and plains, to address the problem of low voltage. Further, the state IT department has been asked to focus on the promotion of IT sector in the districts as it can generate employment for local people," Mamata said.

Mamata also said the government would promote floriculture and horticulture in the hills.

"Today, we will formally announce Mirik as the new subdivision of the Darjeeling district," she said. 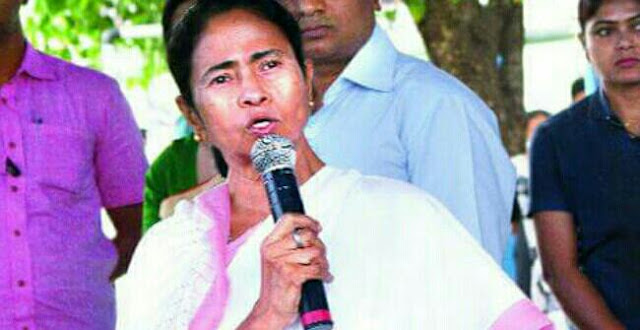