A team from the state Forensic Science Laboratory, Kolkata, visited Cochrane Place — the hotel in Kurseong which recently witnessed two deaths under mysterious conditions. "The team visited the Cochrane Place on Saturday morning. They examined the rooms and especially the washrooms where the deaths had taken place along with the gas geyser system and the showers. They will be handing over the report of their findings  to us," stated Amit P Javalgi, Superintendent of Police, Darjeeling. The team returned to Kolkata after the visit to the hotel. Incidentally, a group from Thailand including  students were putting up at the Cochrane Place — a hotel in Kurseong. On March 8, 15-year-old Chinbunchorn Koetsirinkunwong of Bangkok was found unconscious on the floor of the washroom with the shower running and was declared "brought dead" when he was taken to a Kurseong hospital. Two of his friends  Archavapong Artaumbauy (14) and Pakin Tsantsirametkakul (14) were also found unconscious in an adjacent room. They were treated on the lines of carbon monoxide poisoning in a private nursing home in Siliguri.  They survived and returned to Bangkok on March 13. Again, on March 17, Bikash Bishwakarma, a driver was found lying unconscious in another washroom of the same hotel. He was rushed to the Kurseong Sub-Divisional Hospital where he was declared "brought dead." Both the post-mortem reports are awaited. The hotel has been closed down by the police. Prima facie it could be a case carbon monoxide poisoning from the central gas geyser system to which all 31 rooms are connected, feel many. Meanwhile, the father of the deceased Thai student has decided to file a legal suit against the hotel. 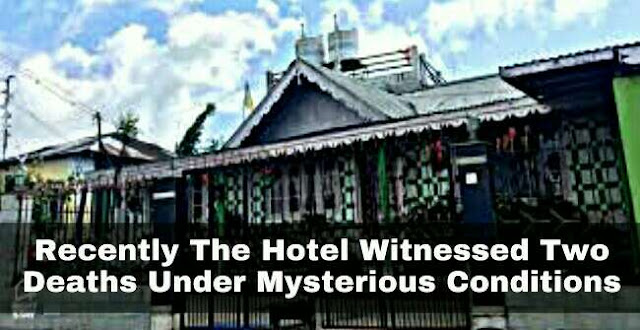