Simulbarie Tea Estate, 15km from Siliguri, will reopen tomorrow while work on Kalchini Tea Estate in Alipurduar district will resume on March 30.

The agreement was signed at a tripartite meeting held in the joint labour commissioner's office in Siliguri.

"Simulbari had been closed since February 1 because some workers had illegally occupied a portion of the garden's land. On the other hand, the management of Kalchini had closed the garden because of labour unrest. Separate meetings were held at my office in the presence of management representatives and tea trade union leaders. The meetings were successful and the management of Simulbarie and Kalchini agreed to reopen the gardens," Chandan Dasgupta, the joint labour commissioner, said.

Dasgupta informed that the dates of payments of dues would be settled through talks between the managements and trade unions of the gardens in due course.

As of now, 13 tea gardens in north Bengal are closed, the official said.

M.P. Bansal, the owner of Simulbarie, said: "Some workers had illegally occupied a portion of the garden's land and were later removed by police. The garden will start functioning from tomorrow. We will start paying the workers' dues in a couple of days."

The development comes shortly after representatives of the Bagan Bachao Committee, a joint forum of four tea unions, had threatened the management and the Darjeeling district administration that they would encroach on the vacant plots in Simulbarie.

"We are happy that the garden will reopen tomorrow. The management has also promised to clear our dues shortly," Kalyan Bagdas, the convener of the committee, said.

There are 1,200-odd workers in Simulbarie, who have been jobless for the past one-and half-month.

N.K. Basu, a senior executive of Buxa Dooars Tea Company that owns Kalchini, also sounded satisfied. "The garden was closed down because of labour unrest. We will resume work in the garden on March 30. Payment of dues will be decided in due course," he said.

Kalchini Tea Estate had been closed since February 8. There are around 2,200 workers in Kalchini. 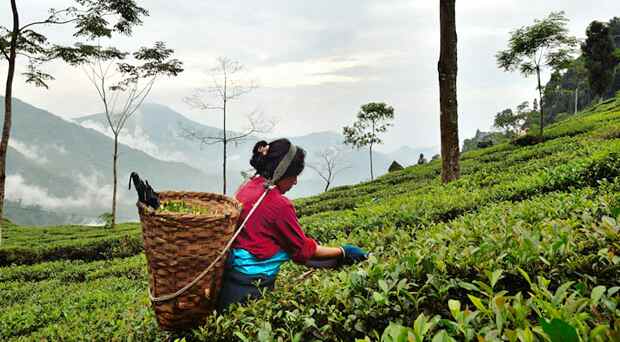