A 27-Year old taxi driver has been arrested by Gyalshing Police following recovery of substantial amount of contraband drugs from his possession.

The accused, identified as Rabin Tamang (27) who was driving a Siliguri – Gyalshing Sikkim bound taxi jeep was intercepted with 5 files containing 120 capsules of Spasmoproxyvon and 23 loose capsules of Spasmoproxyvon during surprise checking of vehicles at Kyongsa Fatak at about 8 pm Wednesday evening. Accused is a resident of Sagbari, West Sikkim.

A case under relevant section of Sikkim Anti-Drugs Act, 2006 has been registered against him. 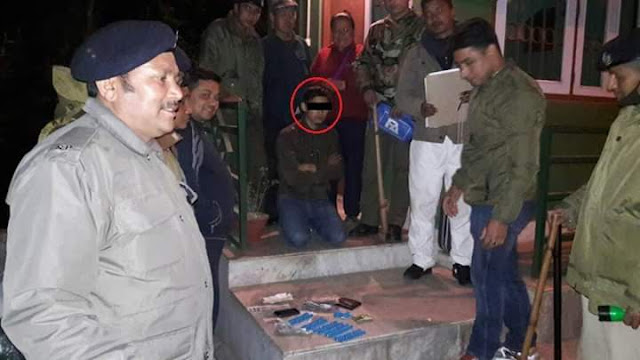