Great news. Anju Tamang 19 years old from Birpara in Dooars has been selected for the Indian National Senior Women Football Team. She will be representing INDIA for the A.F.C Cup which is going to be held in North KOREA.

She had been called for the trails on the basis of her performance at Women National  League. She attented the trail from Febuary 28 to March 28 at Goa.

Its a proud moment for entire North Bengal, DarjeelingHills and Sikkim.

The team will be leaving for S.Korea on 30th March tomorrow.

We think she is the first girl from our region to play an International match for the National team.

On January 27, 2015 when we sent a "Shout Out" to Ms. Anju Tamang and wished her luck in her footballing career, the very first comment by Rezeem Ribu Karthak read, "All the best Anju... SUMI is always with you and hope to see you playing for India one day..."

Two years hence, Anju has lived up to all the promises she displayed as a young player, and thanks to her talent, skills and all the hard work she will now be playing for India women's national football team.

Anju will be part of the 23-member team that will seek to qualify for the main championship to be held in Jordan in 2018. India is placed in Group B, along with South Korea, Uzbekistan, North Korea and Hong Kong. Only one team from the group will qualify for the championship.

In the qualifier, India's first match will be against North Korea in that country on April 3.

Daughter of Mrs. Kanchi Maya and Mr. Ram Singh Tamang, Anju is an extraordinarily talented striker, who if given proper training and guidance has every potential to excel not only at the national, but also the international level.

we asked her what is her dream? And she says, “to play for Indian team and represent India in international events.”nd encouraged to play football.”

Slowly she learned the skills and she practiced with boys.

Seeing her enthusiasm and talent, in Algarha her Sports teacher Bhim Sir gave her all available and possible training for football. Later when she joined SUMI Kalimpong she got more exposure.

Her Physical Education Teacher at SUMI Prashant Sir gave her more training and according to her “it’s from then on that I improved very well and got a taste of professional football.”

The incredible thing is that even in SUMI, she used to play with boys and she was very good. She continued her practice regularly and played at Mela Ground Kalimpong.

That is when she knew that she was better than average player, weather men or women, and her journey took her to play for clubs all over India.

When we asked her what is her dream? And had said, “to play for Indian team and represent India in international events.”

Ever humble, Anju said her coaches, both in schools and clubs, had been of immense help in her development as a footballer... "Prashant Sir, Bhim Sir in Algarah and Pemba Sir in Sikkim have all been of great help. I have also had to make some sacrifices to reach here. For instance, I will not be able to sit for my final graduation examinations this year because of the AFC championship. It will always be football first for now," she said.

Last time we talked to Anju, we had ended our conversation on the note... "GOOD LUCK... we are so honoured to be able to feature you in our page... as you progress further in your career, we will be sharing your each and every progress with all of Darjeeling... Makes us proud Sister..."

You have INDEED MADE US PROUD... Thank You for giving us this opportunity to tell the world, that our Gorkhali daughters are no less then the best in the world...

CONGRATS!! Anju you are an inspiration and icon for our youngsters, not only in Darjeeling, but all over India. Its young women like you who will redefine and rewrite what being a women means. You have proven that in every sphere women are equal to men, and at times superior.

We are hopeful that you story will inspire millions of young girls all over India to follow their dream.

GOOD LUCK TO TEAM INDIA!! LADIES, WE ARE VERY PROUD OF ALL OF YOU!!
Additional reporting by TheDC 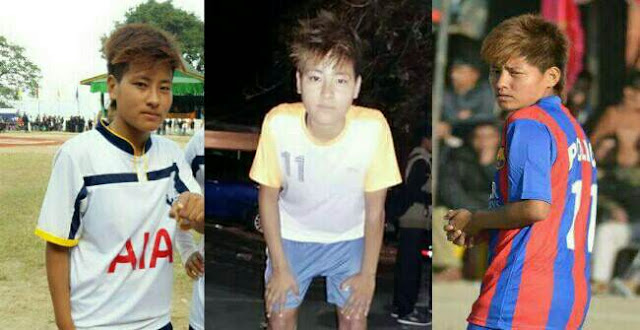 epuertosports said…
You have worked nicely with your insights. Lots of valuable data can be taken from your article. Genuinely it is a significant article for us.Boys And Girls Club Coos Bay
8 April 2022 at 14:22