Mrinal Ghosh, the Darjeeling district child protection officer (DCPO) Darjeeling arrested on Friday night for their alleged involvement in the child trafficking case has been sent to CID custody by the district court.

Mrinal, the CID said, has been associated with the child protection wing in Darjeeling district and Jalpaiguri for over a decade. He was initially associated with a local NGO called Concern.

“Mrinal and Debashish Chandra worked together at Concern. While it seems that Mrinal had been involved in the racket for long, we believe he roped in Chandra. He is a registered medical practitioner. In New Jalpaiguri, he was the doctor associated with Chandana’s home for children, Bimala Sishu Griha. We believe he would check up on pregnant women and then the two would convince them into giving up their babies to Chandana’s home,” said an official.

Interestingly, Mrinal Ghosh, the first government officer to be arrested in this case, was felicitated by the government in Kolkata last year for his performance.

The administration in the adjoining Cooch Behar district on Saturday asked Kalyani Barman, wife of former Trinamool minister Hiten Barman, to explain why she had shifted all the children from Matri Ashray - a home she runs for orphans and abandoned children - to her residence.

Barman has been given time till March 7 to reply to the notice and hand over the children. Keeping them at home was in violation of rules, the administration told her.

Though the notice issued to Barman and the CID probe into child trafficking had no link, BJP state president Dilip Ghosh alleged that the police was hesitant to touch people close to the ruling party. 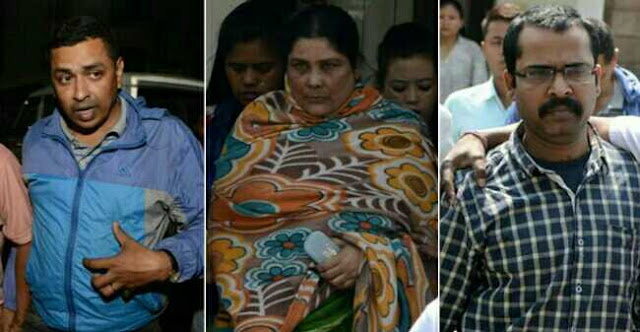