Bangladesh Railway has taken the initiative to begin reconstruction on the defunct line between Chilahati to the Haldibarhi border in West Bengal’s Coochbehar. The Indian government, in turn, will construct a new track between the border and Haldibari station.

The rail line from Chilahati to Haldibari was stopped during the 1965 Indo-Pakistan War.

Once construction is complete,  trains will run from Chilahati to Darjeeling via Siliguri.

Once the line is re-established it will be easier to import petroleum and stone from India, Bangladesh Railway Director General Amjad Hossain said.

Businesses in both countries will gain greatly from the initiative, he added.

The Bangladesh railway has submitted a proposal for an approximately Tk 781 million (Tk is Bangladesh currency, taka) project to build the 9.5 km new broad-gauge rail line from Chilahati to the Haldibari border.

The rail division hopes to begin work on the project this July, finish construction work within one-and-a-half years and have the rail line functional by 2019.

Md Nazrul Islam Sarkar, the Bangladesh joint head of the infrastructure division at the Planning Commission, said the railway’s proposal has been returned to them for some corrections.

“Once the corrections are made a Project Evaluation Committee (PEC) will be convened and opinions on the project may be offered.”

Bangladesh Director General of Railways Amjad said the proposal would be submitted again once the corrections are made.

According to a railway ministry report, a joint meeting between Bangladeshi and Indian rail officials in May 2015 led to a decision to reopen the line. 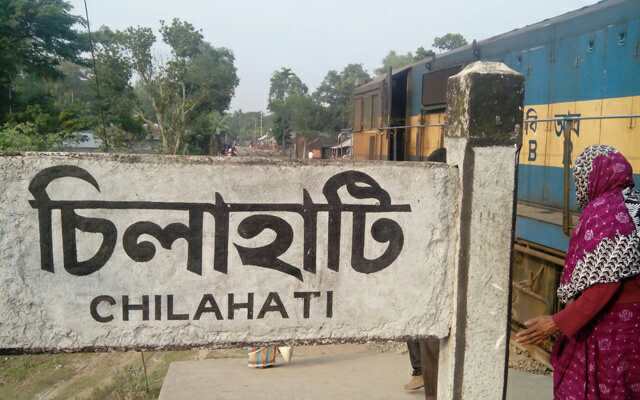