Delhi Police said Kundan was a link between the woman and the five accused. The victim had known him for the past few months.

Delhi Police is yet to track down Kundan, the sixth suspect in the Pandav Nagar gangrape case in which five BPO employees allegedly confined a Nepalese woman in their rented flat and took turns to rape her on March 12.

Police said Kundan was a link between the woman and the five men and he had allegedly taken her to the rented flat. They said though Kundan was not involved in the sexual assault, he had intentionally left the woman with the accused.

A police officer said they were taking the woman’s help to trace Kundan’s hideouts in Delhi, as she knew him for the past few months. Cops were also scanning CCTV camera footage of the locality in Pandav Nagar where the rented flat where the crime took place is located.

The police are also scanning the footage of CCTV cameras of the locality in Munirka from where Kundan had picked up the woman on the pretext of attending a party at his friend’s place.

“We have some vital clues about the sixth suspect that will help us locate and nab him at the earliest. Raids at his possible hideouts are on,” the officer said. The police have arrested and sent the BPO employees to jail.

On Tuesday, the police recovered footage from a CCTV camera that shows the victim jumping off the first floor and asking passersby for help.

The police later took her to Lal Bahadur Shastri hospital as she had suffered injuries in her legs because of the fall. In her statement, she accused the five BPO employees of allegedly thrashing and confining her in their flat, forcing her to consume alcohol and then taking turns to rape her. Police said the woman had jumped off the building to escape the torture.

The five men, identified as Naveen Kumar, Prateek Kumar, Vikas Mehra, Sarvjeet and Lakshya, were arrested from the crime scene. “They were booked under sections 376D (gang rape), 323 (voluntarily causing hurt), 377 (unnatural sex), 506 (criminal intimidation), 342 (wrongful confinement) and 34 (common intention) of Indian Penal Code. The FIR was registered at the Pandav Nagar police station,” said Omvir Singh, DCP(east). He said two of the accused had known the woman for past few weeks.

Watch the video as she jumps to escape toture

Watch as police arrest the 5 rapists 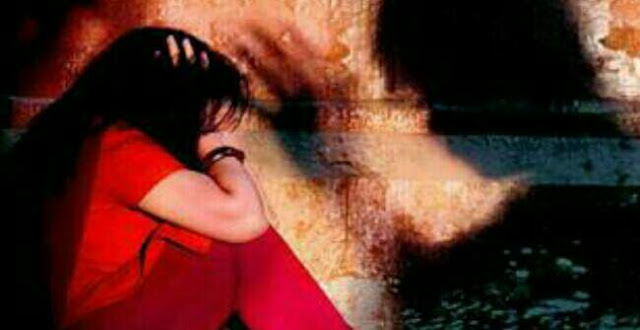