Defence Minister on Azadi in Darjeeling

Defence minister Manohar Parrikar today said students should learn nationalism at schools and if they called for " azadi", that meant they hadn't received proper education,

Speaking after inaugurating the renovated Ramakrishna Siksha Parishad Higher Secondary School here, Parrikar said: "In school, we study geography, history. But when you study history, you should learn what is nationalism. Instead of nationalism, these days, after going to colleges, they start announcing ' azadi, we need azadi'. Then, I feel you have not received proper education."

Student leaders Kanhaiya Kumar, Umar Khalid and Anirban Bhattacharya were arrested under sedition laws last year after they had allegedly raised " azadi" slogans on the JNU campus in Delhi.

The Darjeeling MP, S.S. Ahluwalia, had earlier said in his speech that Parrikar had remained unchanged right from his days as an MLA to his tenure as Goa chief minister and the defence minister because of proper education.

"What I learnt is character and that education, which has character, brings about nationalism and loyalty in you. Because of this education, our army is ready to lay their lives for the benefit of the country," Parrikar told a crowd that had a good number of army veterans.

He said the veterans constituted almost 10 per cent of the total hill population of 8.75 lakh.

"We must keep in mind that when we talk about azadi, azadi, we got azadi because our freedom fighters gave their lives... it (the freedom) has stayed on because of our army," the minister said. 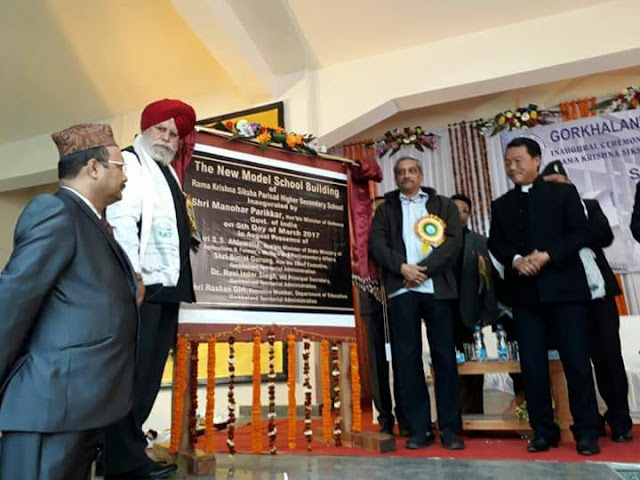