West Bengal on Sunday lifted the Santosh Trophy for the 32nd time after Manvir Singh struck in the 119th minute for a 1-0 win over Goa.

After playing out a goalless 90 minutes, Manvir finally came good in the dying moments of extra time to leave the home crowd shocked at the GMC Stadium.

Entering the title clash on the back of some impressive outings, Manvir was kept quiet for a major part of the match but, with barely seconds to go for the final whistle, he found the target with a stunning left-footer, having received a pass from Shaikhom Ronald on the left.

Playing in front of a vociferous home crowd, five-time winners Goa tried their best and controlled the match, but ran out of steam in the extra time. The hosts had their chances to score but the rival keeper pulled off some great saves.

Goa's Liston Colaco, who scored a brace against Kerala in their semifinal, had the first try at the goal but his well-directed shot missed the target narrowly. Aaren D'Silva, who was a constant threat for the rival defense with his deceptive play, too missed out on a goal as early as the sixth minute.

Six minutes later, he had a glorious chance to score from inside the box but could not connect the ball cleanly. Thereafter, it was a cagey affair with both teams almost going through the motion. Bengal defended resolutely and tried to attack on the counter, but the Goan defence was equal to the task.

A speedy Basanta Singh took a shot at the goal but Bruno Colaco did well to collect it and, on another occasion, he was pulled up by the referee for handling the ball after putting one in. The story was quite similar in the extra time as the teams failed to break the deadlock till Manvir's effort. 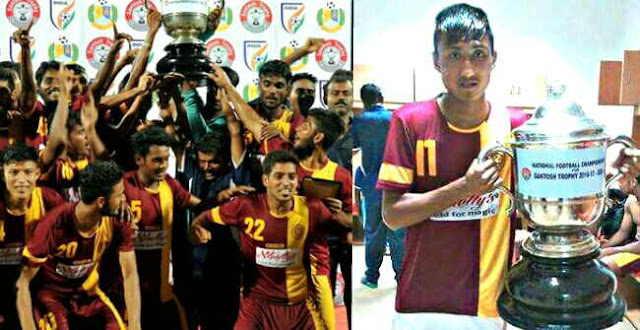 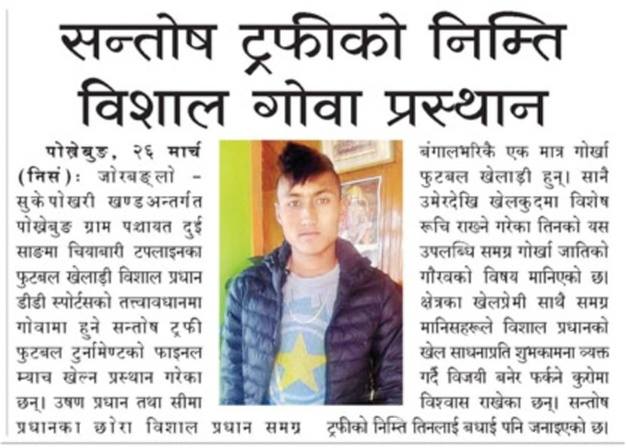