A national child rights body National Commission for Protection of Child Rights on Wednesday criticised the way in which the child protection committee was operating for the last two years in Jalpaiguri district, the centre of a child trafficking racket. A two-member National Commission for Protection of Child Rights (NCPCR) team comprising Priyank Kanungo and Yashwant Jain told a press meet at Jalpaiguri that the committee which was functioning there was an adhoc one. They also alleged that the the Jalpaiguri district administration did not cooperate with them with necessary documents on the alleged baby sale racket.

Yashwant Jain and Priyank Kanungo, the two members of the commission, had come from Delhi to inquire into the sale of infants from an orphanage in Jalpaiguri town.

“How was it allowed to run in this way for the last two years?” they asked.

The team, on a two-day visit to Jalpaiguri, has asked the district administration to provide information about the district magistrate under whom the adhoc committee was formed, the composition of the committee and other relevant details.

After visiting four children’s homes in Jalpaiguri district, including in Moynaguri block, the team also criticised the prevailing condition there.

“The authorities of these homes are inexperienced and insensitive towards children,” they said.

“Since this area is a gateway to the north-east and neighbouring countries, the authorities should be much more sensitive towards children,” they said.

The NCPCR had sent a letter to the district administration seeking clarification on 13 points on March 3 last but had not received a reply till now, the team members said.

The duo said they might approach the court to obtain the documents about the racket. "We suspect the administration is trying to conceal negligence of some people and that is why we were not provided with the details. It is because of a complaint from a central agency that the CID started a probe. Even then, the administration did not cooperate with us," said Jain.

Rachna Bhagat, the district magistrate, said a liaison officer was provided to the team members so that they could visit the homes and Child Welfare Committee office. "We had made all necessary arrangements for them," she said. 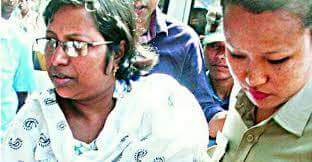