Sourav Chakraborty, chairman of Siliguri Jalpaiguri Development Authority (SJDA), said the carnival would start on April 8.  The festival is the first-of-its-kind. Chakraborty said the purpose of the carnival is to attract both domestic and foreign tourists. Earlier it was decided to hold the carnival this year in the earlier months but it had to be cancelled due to the ban on high value notes that affected business in Dooars badly.  Accordingly, the date was rescheduled and now it would be held a few days before the Bengali New Year.  It may be recalled that as the chairman of North Bengal State Transport Corporation (NBSTC), Chakraborty had proposed to organise this carnival in 2015 at a seminar organised by  Lataguri Resort Owners Association. Final touches are being done to decorate Lataguri for the grand show. The culture of Dooars will be highlighted in tis programme which includes art exhibition. Dibyendu Ghosh, secretary of Lataguri Resort owners Association welcomed the move and assured cooperation. He said Dooars and its neighbourhood has great tourist potential and the scenic beauty is unique. It may be mentioned that after coming to power, Chief Minister Mamata Banerjee had visited North Bengal several times to win over the confidence of the people.  Tourism which was badly hit in North Bengal particularly in the hills during the Left Front regime due to movements but has been rejuvenated and that helped it to regain its financial health. Senior officials of state Tourism department said Lataguri was famous for its virgin beauty. "People come here to enjoy nature and its silence. A comprehensive plan is being prepared to develop the area keeping in mind the nature and environment," he said. 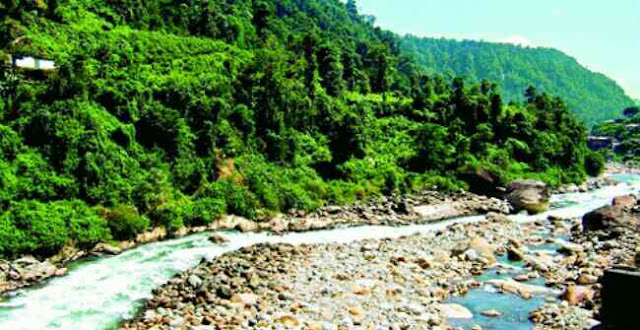