“I knew what was happening but I did not have the strength to even shout. I wanted to but I could not.”- Shanti*

Shanti has been staying alone with her two children in Gardolli Villlage of Uttara Kannada District ever since her parents and husband passed away. She was waiting for a bus to head home on 25th February, in the night, when a man named Fayaz offered her a lift, reported The News Minute.

She took the lift and reached her doorstep. Little had she realised that Fayaz had sneaked up on her in the meanwhile. He forced the door open while she attempted to lock it from inside, overpowered her and raped her, leaving her in “extreme pain,” says the TNM report.

Shanti’s ordeal had only started. TNMquoted her as saying, “The next day, at around 1 pm I think, two more men came inside my house and they stuffed cake into my mouth and forced me to eat it.”

Shanti soon realised that the cake she had been force fed was drugged.

Traumatised and weary, Shanti did not know how to fight back the men among which “one of them would always have a knife,” she recounted. “They would threaten to slit my throat.”

Her plight extended over nine days. 6th March was the day when Shanti finally ended her ordeal.

“I was too exhausted to even wake up but I knew they were going to come for me so I screamed for help and some of the villagers came in and helped me. They were beaten up by the villagers,” she said. Shanti’s children had been away at her brother’s all this while.

The villagers handed over two men to the Haliyal police the same day while the others were booked over the next two days. The nine men have been identified as Fayaz Mysorewale (23), Haroon Sarkavas (22), Sadiq Khan (25), Alif Syed (22), Jameel Desai( 26), Illiyas Ankolekar (22), Nasrollah Khan (23), Sadiq Bagewadi and Niyaz.

Haliyal Police was quoted by TNM as saying, “The medical reports confirm that the victim was sexually assaulted. All the accused have been booked under sections 376D (gang rape), 354A (sexual harassment), 448 (house trespass), 506 (criminal intimidation) and 34 (common intention) of the IPC.” 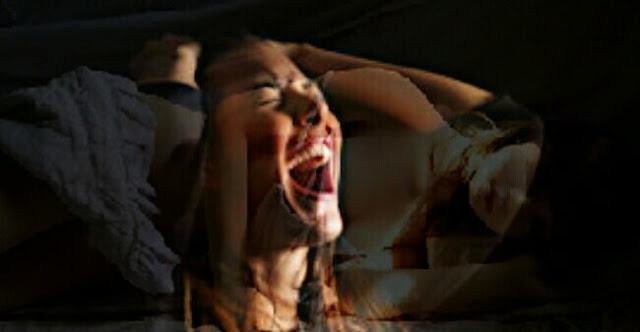