The Directorate of Revenue Intelligence seized 11kg gold and arrested four suspected smugglers, including a woman from Mallaguri in Siliguri.

Ratan Banik, the lawyer representing the DRI, has said the price of the gold is around Rs 3.41 crore.

In total, 69 gold bars in different sizes were recovered from the quartet, he said.

Sources said the arrested persons are residents of Mizoram and have been identified as K. Thungpu Joseph, Thangkhamung and Lalronghaka of Aizwal and Malsawmthari of Champhai district of the state.

"All of them had boarded a bus from Shillong yesterday and reached Siliguri this morning. The DRI officials had information about them and were waiting at Mallaguri. As the bus reached there, they apprehended the quartet," Banik said.

The arrested persons were then taken to the DRI office in Collegepara and their trolley bags searched.

"Joseph was carrying 12 bars, while Thangkhamung and Lalronghaka were carrying 18 and 29 bars, respectively. Malsawmthari had 10 bars in her luggage and coat," Banik said.

Along with gold bars, four cellphones had also been recovered from the quartet. "The DRI has found out that Malsawmthari had two SIM cards in her phone and one of them was of a mobile service provider in Myanmar," the lawyer said.

Sources said preliminary investigation suggested that the quartet had got the gold smuggled from Myanmar and they were supposed to deliver it to some people in Siliguri, Delhi and Nepal.

"We are trying to find out whom they were supposed to deliver the metal. The quartet have admitted of smuggling gold in Siliguri earlier in a similar manner," a source said.

The DRI officials have found marks of Switzerland and USA engraved on the bars, which are of 24 carat.

"The arrested persons were produced in the additional chief judicial magistrate's court here today. They have been remanded in 14 days' judicial custody," Banik said.

In February, the DRI had arrested two persons from Sevoke with 3kg gold worth Rs 95 lakh. 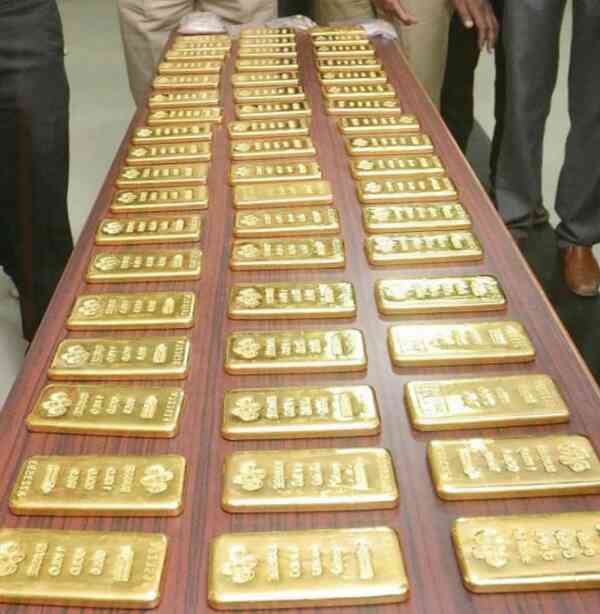