Ranchi: Ten girls, including eight minors, who were being trafficked to Punjab, were rescued by government railway police (GRP) from Barharwa railway station of Sahibganj district on Tuesday night. Three traffickers were arrested during the rescue operation.

GRP police station in-charge Arjun Tiwari said, "Our seniors had asked us to be alert about trafficking cases. Based on a tip-off, we devised a plan of action to nab the traffickers and rescue the girls."

The rescued girls were later sent to Barharwa police station where an FIR was lodged against the three traffickers. Those arrested include Charlis Kisku, his wife Chhoti Kisku and an accomplice, Mary Stelin Soren. The trio admitted running a placement agency in Delhi, from where they supply girls for domestic work to various areas in north India.

The girls, all belonging to various villages in the district, told police that they were being taken to Delhi for work and were promised a salary of Rs 5,000 per month.

However, child welfare committee (CWC) Sahibganj chairperson Munita Kumari said she was not aware of the incident. "We have no information about the rescue but we will enquire into the matter," Kumari said.

Earlier, the target districts for trafficking included Ranchi, Khunti, Gumla, Simdega and Lohardaga among others in southern Jharkhand. But now, anti-trafficking activists claim, traffickers have shifted their focus to the Santhal Pargana region.

Baidnath Kumar, an activist working against human trafficking in the state, said, "The state has anti-trafficking units in eight districts of which only one is in Dumka in the Santhal Pargana region. Also, neither the government nor NGOs are focusing on that region, leading to lack of awareness among people. This is the reason that traffickers are now shifting their base." 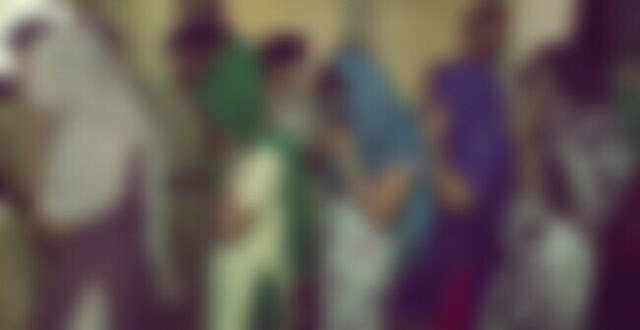