31No SSB yesterday rescued 2 females and arrested a male named Bhupendra Kumar beside a hotel from India-Nepal border town Panitanki near Siliguri. Bhupen from Kathmandu Nepal was taking the girls to Delhi and was supposed to hand them over to some Aryan and Ankit Patel who is one of Bollywood actresses husband's brother. Further the girls would have been taken to Kenya Nairobi for Prostitution said sources. SSB is further investigating into the case to catch the main kingpin involved in this International trafficking racket. The girls and boy have been handed over to Khoribari police. 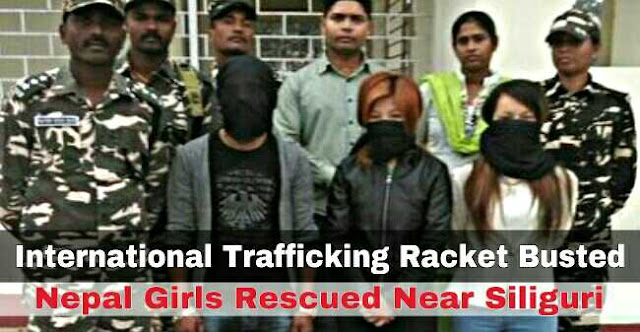