At least 15 persons died and 30 others injured when a bus they were travelling in met with an accident at Bohara Gaun in Malika Municipality-4 of Jajarkot district on Thursday.

It has been learnt that there were 50 persons on board the ill-fated bus (Lu 3 Kha 2279) when the accident occurred.

Nepal Army and Nepal Police personnel have been deployed for the rescue operation.

Police said that the tragedy took place when the bus skidded off the road and fell some 200 metres down.

The injured has been taken to a hospital in the district for treatment. 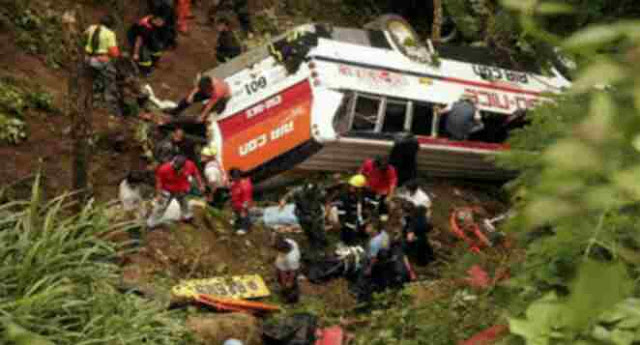