Sweta (name changed) from Jotirmoy Colony at Atharokhai, Matigara near Siliguri used to work as a maid. Last Thursday evening she had gone to buy chowmein at a local fast food stall when some men kidnapped her and took her to a nearby jungle and gangraped her.

When the girl did not return her mother raised an alarm in the area and everyone started searching her. She was found at a nearby jungle in an unconscious state. She was taken home. When she gained conscious, revealed all that had happened and identified all of them.

An FIR was lodged against 7 men. One of the culprit Sahidul has been arrested and taken on 5 days remand so his other friends can be traced.

The girl was taken to medical and reports have confirmed gangrape. The girl is in big trauma. Her hands were tied up and cloth forced in her mouth, so that she could not scream. No one can imagine the pain she is in right now.

Locals have demanded very strict punishment for these criminals. Hope they rot in prison forever. 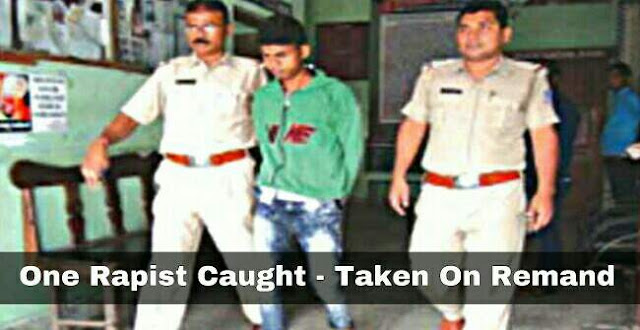