13 killed in dangerous accident in Karnataka

In Karnataka thirteen labourers died on the spot and seven others injured when a lorry rammed into a Tempo Traveller and mowed down an autorickshaw at Ramapura village in Molakalmur Taluk in the Chitradurga district today. Police said the victims, including four women, were daily wage earners and were travelling to the work spot when the mishap took place. The incident took place when the lorry driver lost control of the vehicle following a tyre burst. It hit the tempo traveller first and then an autorickshaw in which the victims were travelling. The driver fled the scene after the incident. The injured were rushed to hospital at Rampur and Chitradurga. 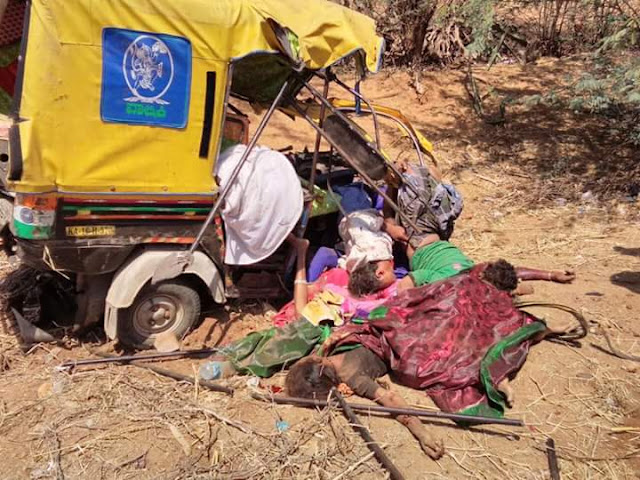