Gorkha Janmukti Morcha president Bimal Gurung yesterday trained his gun at the central and state governments and said he himself would announce Gorkhaland at the right time.

Gurung attacked the Centre and the state at a public meeting at Sipchu near Nagrakata in Dooars to commemorate the death of four Morcha supporters in a police firing there on February 8, 2011.

"Didi can come to the hills everyday and form new boards. However, by forming such boards, they can never separate Bimal Gurung from his demand for Gorkhaland," he said.

Gurung also took a dig at the Centre. "The Centre is well aware of our demand and even then, it is ignoring the cry for the statehood. On the other hand, the state is against our demand. If such situation persists, we will not take much time and I will myself announce creation of Gorkhaland. We are just waiting for the right time," he said. 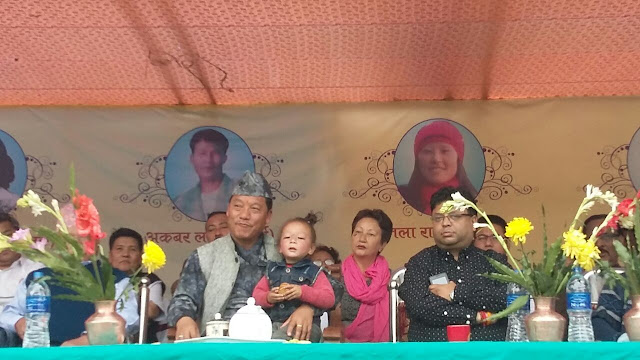