The Jalpaiguri district magistrate said nine boarders couldn't be found at the shelter for destitute women run by Chandana Chakraborty who had been arrested in connection with alleged baby sale though the home's register had their names.

"We had sent the subdivisional officer and the district social welfare officer to Ashray on Monday, along with a medical team. They carried out medical examination of each boarder and checked the general state of affairs at the home. Simultaneously, they had also gone through the register and other documents there. While checking the documents, they found that even though the names of 30 boarders were in the register, only 21 women were at the home," Rachna Bhagat, the district magistrate of Jalpaiguri, said.

An administrative official said the discrepancy could substantiates the findings of the CID that pregnant women were brought to Ashray by Chandana and her associates.

"The pregnant women would be kept there till their delivery. The mother and the child would be separated then. While the newborns are taken to the orphanage run by Chandana, the mother is kept at Ashray. After some days, the mother is asked to leave and even offered money. The nine women found missing from the home might be such mothers," he said.

Sources said the employees of Ashray had been asked where the nine women had gone, but they couldn't give a proper reply.

Dipti Ghosh, the superintendent of the home, said: "We are just employees here and take care of the boarders. The documents are maintained by Chandana Chakraborty. Women would come here and leave as per her instructions. Although minor girls are not supposed to stay here, she used to bring them also and did not bother to listen to us. We showed the CID and administrative officials whatever documents we have with us."

Four girls aged below 18 had been found at the home for destitute women and they were today shifted to a shelter in Jalpaiguri. Two pregnant women at Ashray were admitted to Jalpaiguri district hospital last night.

"We will shortly shift the remaining 15 women at Ashray to other homes," the district magistrate said.

The district administration has decided to verify the antecedents of each of the boarders.

"In case a destitute woman or a child is brought to any shelter, its done by either police or NGOs. If the NGOs do it, police and departments concerned need to be intimated. We will see if documents related to the women are with the administration and the police," said an official.

He said a similar exercise could be carried out on 14 infants and children who had been shifted to other homes in north Bengal from Chandana's orphanage last month.

"After this, we can have a clear idea whether they are destitute women or orphans in real sense or they were kept at the homes for some other purposes as indicated by the CID in its probe," the official said.

After the visit to Ashray, the SDO informed the district magistrate that the home did not have necessary permission from the administration's side for around a year.

The CID team probing the alleged baby sale today said Chandana and Sonali Mondal, the chief adoption officer of the NGO run by the former, were being interrogated now on the basis of the documents seized from their shelters.

"We will also speak to some couples who adopted children from Chandana's orphanage. We are also examining the cellphone records of Chandana and Sonali," said a CID officer.

In the raids on the NGO's shelters and office, the CID has seized blank letter pads in the name of the district social welfare officer issued in 2007 and notes allegedly forwarded by an additional district magistrate. The notes didn't have signatures.

Sources said the CID had found that BJP leader Juhee Chowdhury and Chandana had gone to meet the officials in the Union human resource development ministry in Delhi on February 10 for the renewal of the licence of the orphanage. They have found a gate pass of the ministry in Chandana's possession.

"Chandana has admitted that Juhee used to help her in different ways. Juhee had helped her develop connections with influential people in different parts of the country. For such help, Chandana had handed over several gifts to Juhee," the source said.

Rachna Bhagat, the district magistrate of Jalpaiguri, said she had forwarded to the chief secretary the reply by child protection officer Shasmita Ghosh to a showcause.

This afternoon, both Chandana and Sonali were brought to the Siliguri district hospital for health check up. "I am not guilty. I have become victim of a political conspiracy," Chandana said while walking to the hospital. 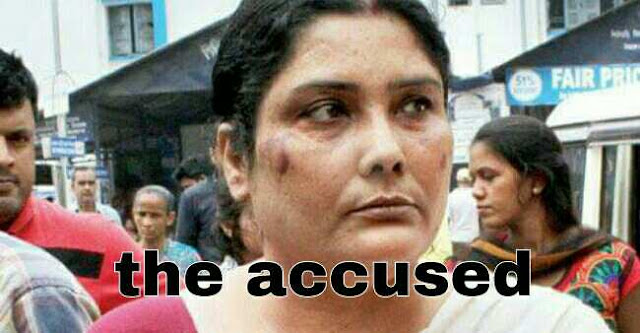