Registration for Kailash Manasarovar Yatra organized by Ministry of External Affairs has commenced on 1 February 2017. This year the Yatra is scheduled during the period 12 June to 8 September through two routes. Applicants for this Yatra must be at least 18 years and not more than 70 years on 1 January 2017 to be eligible to apply for this Yatra. Last date for registration is 15 March 2017.

There are two routes for this Yatra. The route through Lipulekh Pass (Uttarakhand), which involves some trekking is estimated to cost about Rs.1.6 lakh per person. It will be conducted in 18 batches of 60 pilgrims each. The duration of the Yatra is 24 days for each batch including 3 days in Delhi for preparatory work. This route passes through important sites like Narayan Ashram, Patal Bhuvaneshwar. Yatris can also see the scenic beauty of Chialekh Valley, or the ‘Om Parvat’, which has the natural occurrence of snow in the shape of ‘Om’ on this mountain.

The route through Nathu La Pass (Sikkim) is motorable and suitable for senior citizens unable to undertake arduous trekking. From Gangtok the route passes through scenic places like Hangu Lake, and through the vast landscape of the Tibetan plateau. It is estimated to cost about Rs.2 lakhs person, and duration would be 21 days including 3 days in Delhi for preparatory work. This year 8 batches of 50 pilgrims each are scheduled for this route.

As in previous years, first time applicants, medical doctors, and married couples would have priority. Senior citizens would have priority on the Nathu La route if they opt for it. Four persons may apply and undertake the Yatra together, subject to conditions. Yatris can select both routes indicating priority or select only one of the routes. They will be allotted a route and batch through computerized draw of lots.

Keeping in line with Government of India’s push for digital mode of interaction with the public, registration for this Yatra on the websitehttp://kmy.gov.in is a fully online process. Applicants have to scan and upload passport pages containing personal details (photo page), address details (last page), and a photo to complete the application. The online form has necessary guidelines in Hindi or English languages to complete the form. Incomplete applications would be automatically cancelled after a cut-off date.

Selection of applicants will be through a fair computer-generated, random, gender-balanced selection process. Applicants will be notified of their selection after the computerized draw through automated email or SMS. After selection, applicants have to pay the confirmation fee as detailed on the website, to confirm their participation. Applicants can also get information, and track the status of their application through interactive helpline No: 011-24300655.
(PIB) 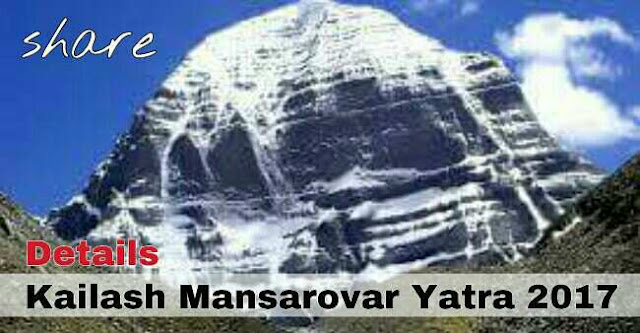