The arrest of two women officials of a Jalpaiguri orphanage has unearthed alleged sales of babies to couples from America, Singapore, Spain and France, besides India.

Police officers claimed that apart from selling at least four babies abroad, Bimala Sishu Griho, run by the NGO North Bengal People's Development Centre, sometimes took the money but did not hand the baby over.

Chandana Chakraborty, who runs the NGO and the home, and Sonali Mondal, chief adoption officer with the NGO, were arrested by the CID yesterday.

The sleuths are looking for Juhee Chowdhury, general secretary of the BJP Mahila Morcha's Bengal chapter. "She's a key suspect. She visited Delhi several times to get renewal papers for the home," an officer said.

Officers claimed that Chandana, a schoolteacher, had admitted that Juhee had introduced her to some central ministers and officials. "A couple of days ago, she stayed overnight at Juhee's home," an officer said.

Calls made to Juhee's number failed to get through.

Her father Rabindra Narayan Chowdhury, a BJP state committee member and former Jalpaiguri unit chief, said Chandana had come to the family for help with "funds and some documents and permissions from the Centre" for her NGO.

"We knew about the allegations against her and offered to discuss her request once she had been cleared. Many people come to us; that doesn't mean we are involved in their wrongdoings," he said.

State BJP chief Dilip Ghosh accused the Bengal government of "framing many BJP leaders" and said the party was conducting its own probe. "If she's proved guilty, we'll cancel her membership."

It was the Central Adoption Resource Authority (Cara), the country's apex adoption monitor, that had smelt a rat and complained to the Bengal CID against Chandana. The Sishu Griho has Cara affiliation for legal adoptions.

As the Sishu Griho came under a cloud, district authorities recently shifted 11 infants from there to homes in Cooch Behar and North Dinajpur. 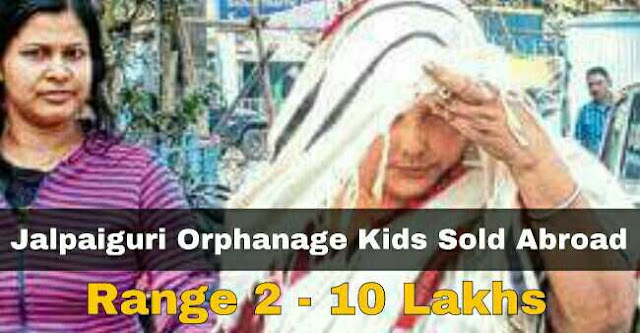