The CID probe into the alleged baby sale racket in Jalpaiguri has revealed that the NGO running the two homes indulged in forgery of documents, said sources.

The sources said Chandana Chakraborty - who heads the NGO and the homes and was arrested on Saturday - would use fake fit certificates of Central Adoption Resource Authority, the central government agency authorised to deal with adoption procedure, for the sale of infants within the country and abroad.

"We have also found that she had used fake stamps of police stations to prepare fake complaints, as if those have been filed in the police stations, to prove that the infants were abandoned. In reality, she used to get the infants from poor families and unmarried mothers from various parts of the district," the source said.

Sleuths claimed to have found documents required to prepare fake documents for illegal adoptions from Chandana's laptop. "We contacted the local panchayat, but there, no record was found in the record book of newborns' birth certificates," said a CID officer.

Sleuths today went to Ashray, the home for destitute women run by the North Bengal Peoples' Development Centre, the NGO headed by Chandana. They searched the office of the home at Debnagar in Jalpaiguri and seized several documents.

The CID came to know that Bimala Sishu Griha, the orphanage that Chandana used to run, does not figure in the updated list of homes affiliated to CARA. "Earlier, the home had CARA's affiliation. During interrogation, Chandana admitted that the home had not renewed their affiliation from CARA. The renewal is mandatory because an agency, which does not have CARA's affiliation, cannot provide children for adoption," said one of the investigators.

It was the CARA authorities who had approached the CID to carry out a probe into the activities of the orphanage.

"In many cases, the home authorities here would not provide child for adoption even if a couple had approached them through CARA, citing one excuse or other. On the other hand, they used to sell the infants at exorbitant rates among childless couples in India and abroad, using fake documents of CARA," said the investigator.

According to him, there are reports that even in genuine cases, when a childless couple were sent to the home by CARA, Chandana and her associates would demand amounts much higher than the stipulated fee of Rs 46,000.

The sleuths have come across a number of bank accounts of Chandana where alleged unaccounted transactions were made. They have also seized her ATM cards.

They said Chandana used to engage some doctors to organise health camps in the remote areas of Jalpaiguri district. At the camps, they would keep tab on pregnant women who are either poor or have been deserted by husbands or were unmarried.

"Later, they would bring such women to Ashray. After they deliver the child, she would shift the newborns to the other home. After some days, the woman is asked to leave with some money and the infants are sold to clients," said a source.

The CID officials are also planning to speak with some of the couples who have "bought" or adopted infants from the home. They have got details about such people, an official said.

Chandana, who has been kept at the Kotwali police station along with Sonali Mondal, the chief adoption officer of the NGO, was interrogated by another team of CID that arrived in Jalpaiguri from Calcutta today. The other team that visited the destitute women's home spoke with the employees serving there to gather more information.

The CID has also seized a letter addressed to Maneka Gandhi, the Union minister of women and child development, written by Chandana. In the letter, she had sought assistance for infrastructure development of the homes which are run by her NGO.

She had planned to hand over the letter to Juhee Chowdhury, a leader of the BJP in Mainaguri of Jalpaiguri, sources said. The investigators are in search of her as she is suspected to be involved in this infant selling racket with Chandana.

Juhee's alleged involvement in the case prompted supporters of Trinamul Chhatra Parishad to hold a demonstration in front of the Jalpaiguri district BJP office this evening.

District BJP president Dipen Pramanik, however said: "The information was passed to CID by CARA, which is a central government organisation. If there was any inaction, it was on the part of the state."

Rachna Bhagat, the district magistrate of Jalpaiguri, yesterday served a showcause notice on Shasmita Ghosh, the child protection officer of the district, asking her to reply in 48 hours if there had been a dereliction of duty on her part.

Bhagat has also instructed Sima Haldar, the Jalpaiguri subdivisional officer, to visit the home for destitute women with a medical team. "The SDO has been asked to find out the health condition of each of the boarders and explore the option of shifting them elsewhere. She has also been asked to ensure that each of the boarders get food and other basic facilities," a source in the district administration said. 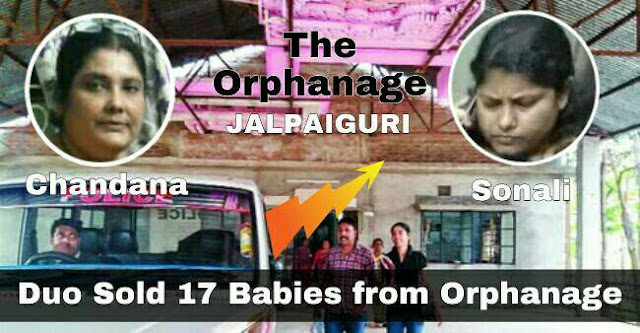