A team comprising officers of the Criminal Investigation Department (CID) went to Delhi in search of BJP Mahila Morcha state secretary Juhee Chowdhury, who is allegedly involved in the Jalpaiguri child trafficking case. Sources in CID said that the decision to go to Delhi was taken after receiving a tip-off that Juhee has taken shelter in the house of a leader of a political party in Delhi. The investigating officers will also interrogate an "influential" person in the capital. Juhee has been on run since the day the child trafficking racket came to light and the prime accused Chandana Chakraborty also confessed about her connection with Juhee. It was alleged that Juhee used to assist Chandana in trafficking newborn babies abroad against "commission". The CID officers had arrested two more persons apart from Chandana in connection with the Jalpaiguri child trafficking racket. An employee of Chandana's home and Chandana's brother were arrested. The investigating officers questioned other employees of the home. But it is quite essential for them to get hold of Juhee as her name is in the FIR. CID officers want to interrogate her. The CID officers have come to know that she has taken shelter in the house of a leader in Delhi and the leader is also known to be "very close" to Juhee. Again, the investigating officers suspect that the "influential person" in Delhi, who will be questioned, had come in touch with Juhee through the leader. Meanwhile, the district authorities of Jalpaiguri asked Chhaya Roy, the former chairperson of the Child Welfare Committee in Jalpaiguri, who is also a RSP leader, to file a report about functioning of the destitute children's homes during her tenure. The report was sought after the child trafficking racket came to light. The district administration came to know that signatures of certain members of the Child Welfare Committee were forged. Thus the report of the former chairperson is quite crucial for the investigation. Again, the CID officers have come to know about some lawyers who are also allegedly involved in such rackets. 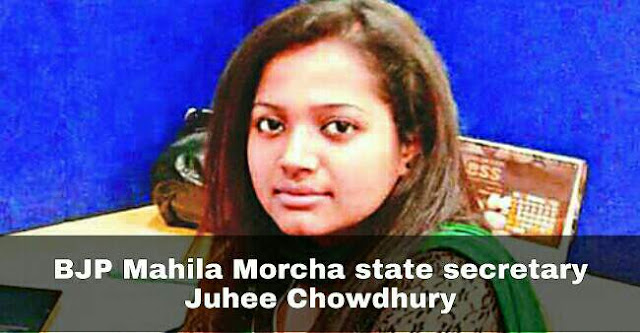