A protest over the halt of the Asian Highway project has the state PWD, the implementing agency, worried that local people could organise more such demonstrations.

People living in localities close to the two proposed highways are facing several inconveniences because of the delay in work. On the other hand, the state officials or the construction firms have nothing to do other than wait for approval for additional funds from the central government to carry out additional work or alterations in some stretches.

"On January 30, there was a road blockade by residents of Gossainpur (near Bagdogra and around 12km from here) on NH31 along the alignment of AH-II which lasted for about half an hour. They demanded immediate completion of construction work and construction of the service road for movement of slow-moving vehicles and pedestrians," an official of the state PWD associated with the project, said.

"We had to send an official to the site who spoke to the demonstrators and assured necessary steps would be taken. Only then did the protesters leave."

Such demonstrations, he said, can occur any time in areas such as Kadamtala and Fulbari which are along the proposed highway and on the outskirts of Siliguri.

"Work at both these locations has come to a halt because as per a revised plan, we need to build a flyover with a vehicular underpass near Kadamtala. On the other hand, in Fulbari, we have to increase the proposed two-lane road to a four-lane one till the India- Bangladesh border. Revised estimates have been sent to the Centre but we are yet to get approval. Unless we get the approval, we cannot give instructions to the construction firms. This is delaying the project," the official said.

In a similar manner, work has halted in some of the stretches of AH-48 in places like Dhupguri, Gayerkata and Birpara.

"Unlike other projects in our state, including some road projects where there are problems or delays for non-availability of land, there is no shortage of land here. We fail to understand what is holding back the Centre and its executing agencies (the state PWD) in this case, to finish the project at the earliest," a Trinamul leader based in Fulbari said.

Some residents spoke about the clouds of construction dust making the air quality poorer.

"Infants to senior citizens, everybody is inhaling the dust and many are suffering from coughs. The drainage system in these areas has suffered. Also, the existing road was dug to built the highway and as it is incomplete now, levels of the feeder roads or roads leading to villages have become higher and it is a tough task to get onto these roads with vehicles," Dipak Dutta, a shopkeeper based in Gossainpur, said.

"Water sprinkling vehicles are engaged by the project authorities but those are not sufficient to settle the dust. Also, due to absence of a bitumen cover, small craters have appeared in stretches and minor accidents often occur," Tarun Lama, a Kadamtala resident, said.

"We are clueless and don't know what to do. We have apprised our superiors and have informed officials at the state transport ministry and also the Union surface transport ministry about the issue. The construction firms are also eagerly waiting for approval and are reminding us time and again that the delay might lead to rise in costs," an official said. 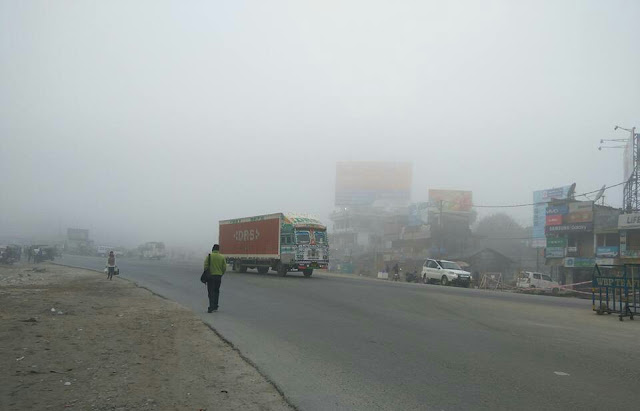 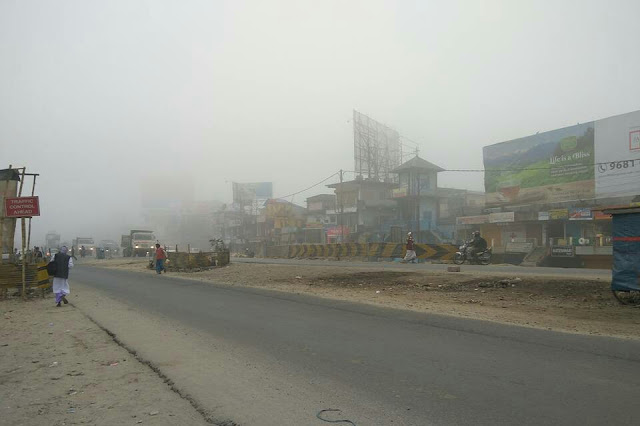