The face off began after the personnel from the Manik Chowk police station resorted to lathicharge to disuadde the guardians from distributing cheat sheets to the students. Police had earlier warned the guardians not to distribute the cheat sheets.

Following the lathicharge, the guardians started pelting stones at the police. The ruckus resulted in severeal police personnel and locals suffering injuries.

The area's SP then brought in the Rapid Action Force (RAF). Block Development Officer (BDO) Utpal Mukherjee and other government officials also reached the spot to control the situation. 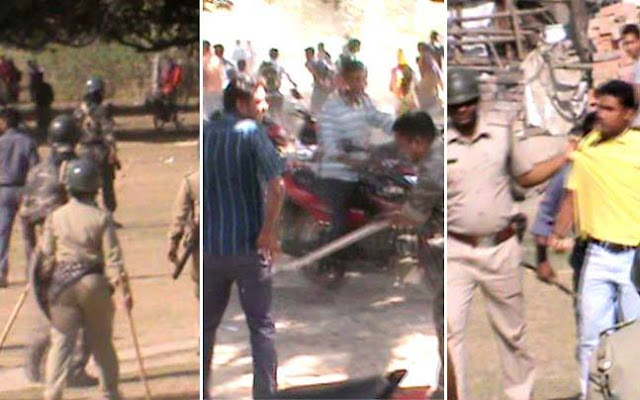