The district administration had started a probe after a Class VIII girl was allegedly humiliated by a section of teachers and students who raised questions about her father who had abandoned her.

The 13-year-old girl from Rajganj block of Jalpaiguri district faced taunts over filling up her enrollment form in the kanyashree scheme. The girl was so shattered that she stopped going to school.

The incident has come to the notice of the block administration and the district school education department. They have initiated an inquiry and visited the school yesterday.

Sources said the girl was appearing final exams in December last year when the school initiated the process of filling up of forms for new beneficiaries of the kanyashree scheme.

"We got specific information that some of the teachers, including the headmistress, asked for documents related to her father, knowing well that he had deserted her family long back. They insisted that she should provide documents like identity proof of her father as his name is in her birth certificate and the school record. This left the girl in an awkward position and soon, her case became a talk in the school," Prema Sherpa, the BDO of Rajganj block said.

No such document is required for the enrollment in the scheme, the official said.

The Telegraph also checked with the clauses of the scheme, the enrollment form and other details and found that only a signature or thumb impression of either of the parents is required.

Since then, the BDO said, the girl was teased by some teachers, a section of non-reaching staff and even some students, who raised "unpleasant questions about her and her mother".

In such a situation, she stopped going to the school and did not appear in one of the exams.

"The girl was tormented and the most disappointing thing is that some of the teachers were involved in it. The teachers haven't enroll her as a kanyashree beneficiary so far," the BDO said.

"We got to know as the girl and her mother met me and also went to the office of the district inspector of schools (secondary) in Jalpaiguri and narrated the ordeal," Sherpa said.

As Sherpa learnt about the situation, he helped the girl get her books for Class IX. Also, the mother was engaged in a 100-days-work scheme.

The BDO also informed the district magistrate and the DI of schools about the incident.

The girl, who appeared to be mentally shattered, said: "On a regular basis, the headmistress and some teachers and non-teaching staff members had been teasing me over my family and identity. They had insulted me several times in front of other students. This encouraged some of the students to pass bad remarks against me. I do not want to study in that school any longer."

"The assistant headmistress appeared to be have no knowledge of the incident. The non-teaching employees fumbled when they were asked about the incident," one of the team members said.

As the girl did not want to study in the school, the block administration and the school education department is planning to relocate her to another government school nearby.

"The school is even delaying in issuing her transfer certificate. The girl will be enrolled under kanyashree and sikshashree schemes. We are extending all help to her and will admit her to another school next week. Also, I have written to the district magistrate and the DI of schools, mentioning that necessary departmental action be taken against the headmistress and some other staff for such behaviour with a student," Sherpa said. 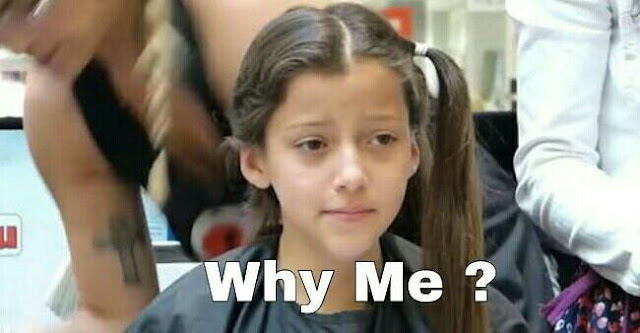